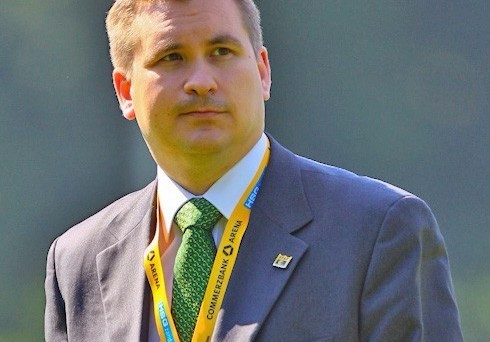 Roope Noronen has been officially recognised as President of the International Federation of American Football (IFAF) by authorities in France.

The Finn's predecessor Tommy Wiking, however, has already launched legal action to try to get the decision overturned.

The IFAF’s Executive Board announced in April that they had accepted Wiking's resignation from the post, a claim he denied.

IFAF senior vice-president Mac Kaneuji served as the organisation’s acting head until Noronen was elected President at the 2015 Congress held alongside the re-arranged World Championships in Ohio.

The IFAF's Member Federations have since been invited to an Extraordinary Meeting in Paris this month, which Noronen claims has been called by Wiking and is invalid.

The French Prefecture de la Seine-Saint-Denis has now legally declared that Noronen is head of the Paris-based IFAF.

Wiking, however, retains control of the IFAF's financial assets and is still trying to regain his former position.

The International Olympic Committee, who granted the sport provisional recognition in 2013, have also been asked to get involved in helping broker a solution.