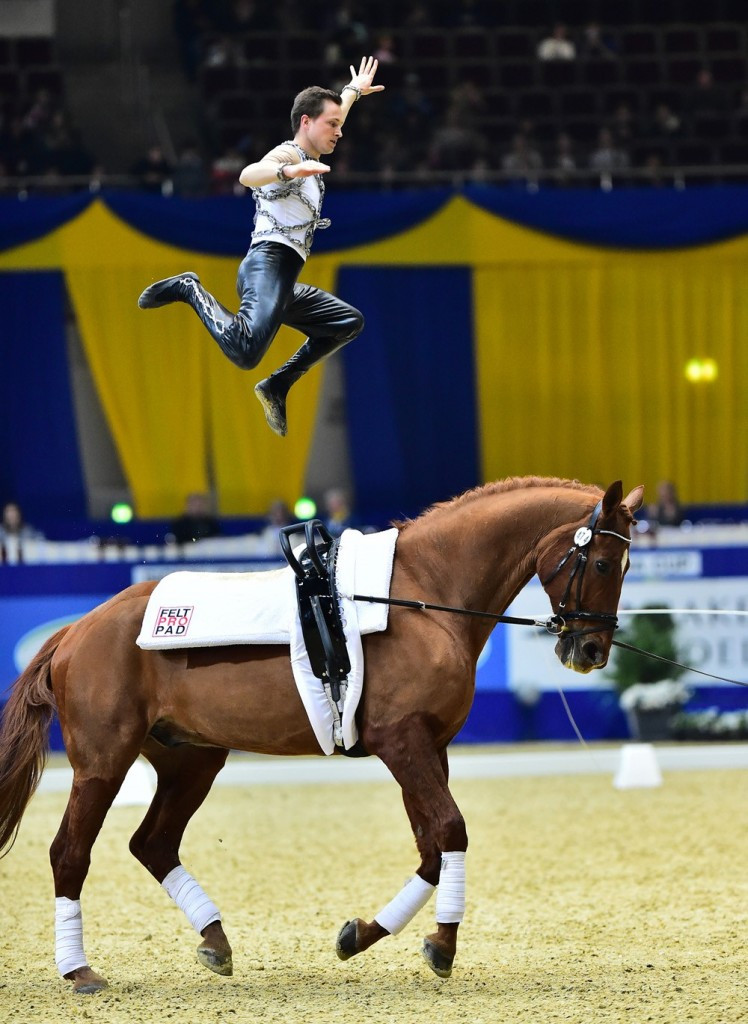 Kaiser sprung a surprise in front of his home crowd with victory over fellow countryman Jannis Drewell.

The winner scored 8.757 after a composed performance and was aided when Drewell was, quite literally, thrown off course.

Drewell, who was the more fancied vaulter, scored 8.617 as Vincent Haennel of France claimed bronze with 8.402.

“Jannis has been so dominant over the last months and even though I knew I would compete on a good level, the fact that I beat him is a small wonder for me,” said Kaiser, who rode Down Under LR.

“He had a big mistake which was good for me, but I had two good rounds.”

In the women’s event, Switzerland’s Simone Jäiser won with 8.651 on horse Luk ahead of German Kristina Boe who scored 8.490.

The Pas-de-Deux title went to Germans Pia Engelberty and Torben Jacobs who recorded a score of 8.990.

That was enough to defeat Italian duo Erika Di Forti and Lorenzo Lupacchini, who finished on 8.147 for silver, and Americans Kimberley Palmer and Cassidy Palmer who totalled 7.182 in third.