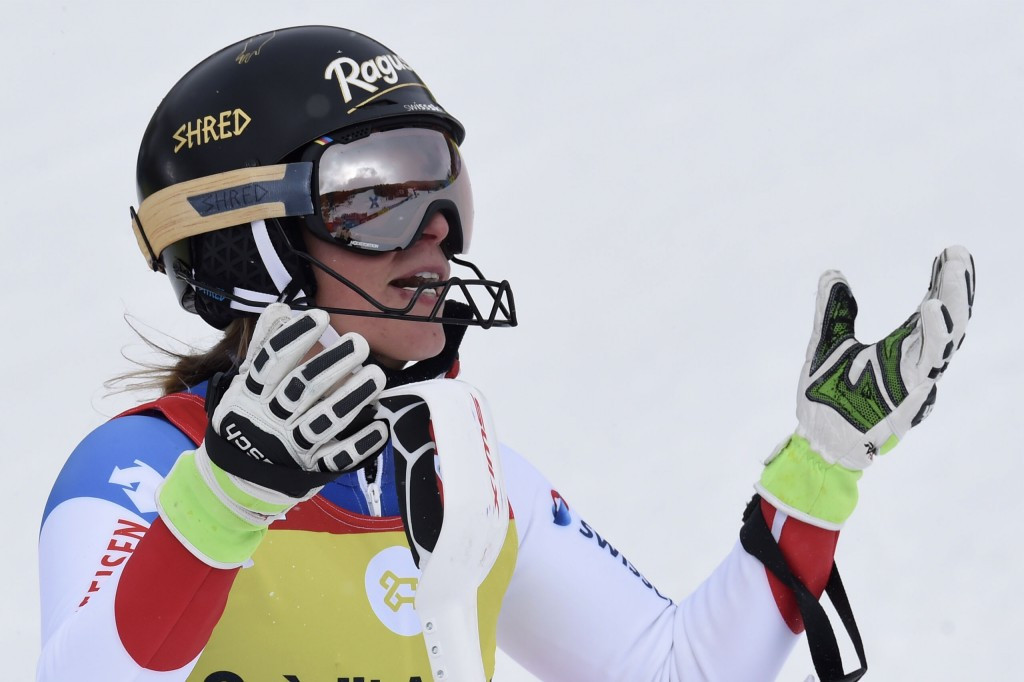 The fifty points collected by Gut, the 24-year-old Sochi 2014 Olympic bronze medallist, were enough to take her to the summit above American Lindsey Vonn, who has been ruled out for the rest of the season after suffering a fractured leg.

Gut is now the heavy favourite for the title and has 1257 points, with her closest rival now third-placed German Viktoria Rebensburg, who has a tally of 994 with a maximum of 600 points available in the six remaining races this season.

The winner on the day - in a race which was rearranged from Saturday (March 5) after high winds forced a postponement -was Austria's Eva-Maria Brem who claimed an eighth World Cup victory in a time of 2 min 30.60 sec after her two runs.

She now leads the overall giant slalom standings with 542 points ahead of Rebensburg who has 490.

"I think that today my first run was nearly perfect and the second one was quite good,” Brem said after her second victory of the season.

“I executed what was exactly needed to be done.

"When you ski very well, you get that feeling that you know how much you need to attack.

"Today was one of those days for me, so I am very happy.”

The women’s World Cup now moves to Lenzerheide in Switzerland, with super-G and Alpine Combined on March 12 and 13.