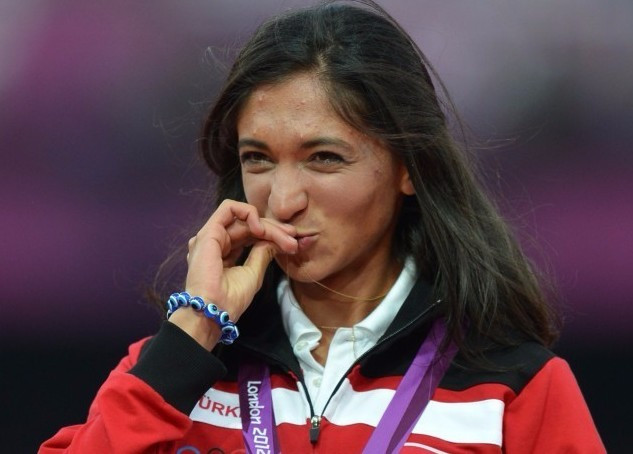 Turkey's Gamze Bulut has reportedly failed a drugs test, which would mean that both the gold and silver medallists in the women's 1500 metres at the 2012 Olympics in London have fallen foul of doping rules.

Bulut's compatriot Aslı Çakır Alptekin won the 1500m race at London 2012 but has since been given an eight-year ban and has been stripped of her gold medal.

Now 23-year-old Bulut, the silver medallist, has also failed a test according to reports in Zaman, Turkey's largest newspaper which was recently taken over by the Government.

Like Alptekin, Bulut has been detected following analysis of her athlete biological passport (ABP), which monitors selected biological variables over time that indirectly reveal the effects of doping rather than attempting to detect the doping substance or method itself.

The pair were training partners with Alptekin also leading home Bulut in a 1-2 at the 1500m at the 2012 European Championships in Helsinki.

Alptekin's gold medals were never reallocated to Bulut, who was always suspected of doping due to her extraordinary success seemingly coming from nowhere.

European Athletics told insidethegames last week that Bulut would receive the Helsinki gold, but this will now likely change.

Bulut has hardly raced outside Turkey since her silver medal at London 2012.

Her last notable international performance was when she won the gold medal in the 5,000 metres at the European Athletics Under-23 Championships in Tampere in Finland in 2013.

The London 2012 1500m final has become notorious for the doping records of those who took part.

The fifth-placed Abeba Aregawi, Sweden's Ethiopian-born runner, meanwhile, reportedly failed a test for Meldonium, it was revealed on Monday (February 29).

Seventh-placed Natallia Kareiva of Belarus was banned in 2014 following abnormalities in her ABP, while ninth placed Russian Ekaterina Kostetskaya was also also given a two-year sanction in the same year.

The news is the latest image blow for athletics with the third part of the WDR/ARD documentary on doping in Russia due to be released today.

It was revealed in January that the 30-year-old Alptekin had allegedly been bribed by two sons of Lamine Diack, the former President of the International Association of Athletics Federations (IAAF).

The IAAF said they would not comment on the case.