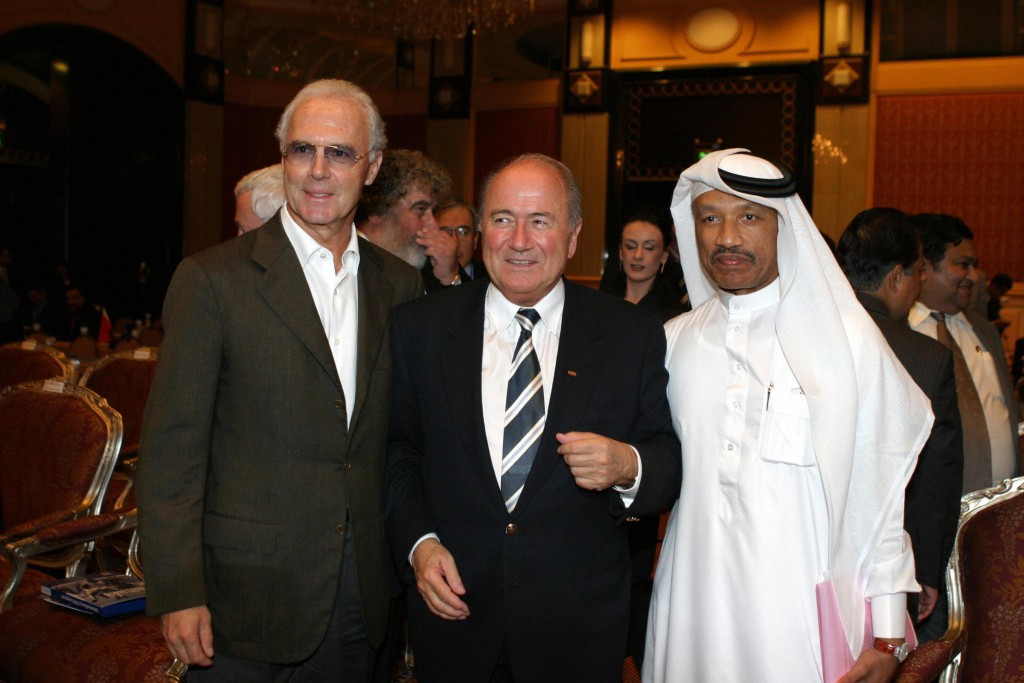 Franz Beckenbauer has been forced to deny fresh allegations of corruption during Germany’s successful bid to host the 2006 World Cup after a report into the accusations by a leading law firm uncovered suspicious payments he allegedly made to banned former FIFA vice-president Mohammed bin Hammam.

The report, carried out by Freshfields Bruckhaus Deringer, was commissioned by the German Football Association (DFB) following reports in German magazine Der Spiegel that a slush fund was set up in order to bribe members of FIFA’s ruling Executive Committee.

It found no clear evidence of vote buying but also claimed they could not completely rule out wrongdoing.

Freshfields, however, revealed that Beckenbauer, who led the Bid and Organising Committees for the 2006 World Cup, made a separate payment of CHF10 million (£7 million/$10 million/€9 million) via a Swiss law firm into the account of a Qatari company called Kemco, linked to bin Hammam, in 2002.

The Qatari was banned from all football-related activity in December 2012 after "conflicts of interest" were identified in his role as President of the Asian Football Confederation.

He claimed he “only found out on Wednesday (March 2) that money had gone to Qatar”.

The 70-year-old insisted his advisor, Robert Schwan, “took care of everything” and he was therefore unaware of the payment in question.

“In hindsight I may have made mistakes,” he said.

“But afterwards you are always smarter.”

It was suggested that the payment of €6.7 million (£5 million/$7.6 million), which prompted the investigation, was a loan that had been made by the late Adidas chief executive Robert Louis-Dreyfus to the Bid Committee, which did not appear on accounts.

The money was then allegedly used to bribe four Asian members of the Executive Committee.

The report said it was “falsely declared” as being for a FIFA gala event which never took place.

“We did not buy votes,” Beckenbauer.

“It [payment] was about a provision of security.

“In order to get a financial contribution from FIFA.

“Otherwise there would not be a World Cup in Germany."

Freshfields also claimed that their investigation was hampered by the reluctance of key witnesses to cooperate, including banned former FIFA President Sepp Blatter and acting secretary general Markus Kattner.

World football’s governing body said Kattner refused to be interviewed due to the ongoing Swiss criminal investigation into allegations of widespread corruption within the organisation.

Freshfields, who looked at over 128,000 electronic documents, said some of the files they wanted to see “could not be found”, including one entitled “FIFA 2000”.

The file was taken out of the DFB archives by a colleague of former DFB President Wolfgang Niersbach in June 2015 and has now disappeared, it is claimed.

The German bid defeated South Africa by a narrow margin of 12 votes to 11 back in 2000, with New Zealand's Charlie Dempsey abstaining from the second round of voting after stating there had been "intolerable pressure" prior to the ballot.

Beckenbauer was last month fined and warned by FIFA's Ethics Committee for failing to cooperate with the investigations into the 2018 and 2022 World Cup bid processes, won by Russia and Qatar respectively.