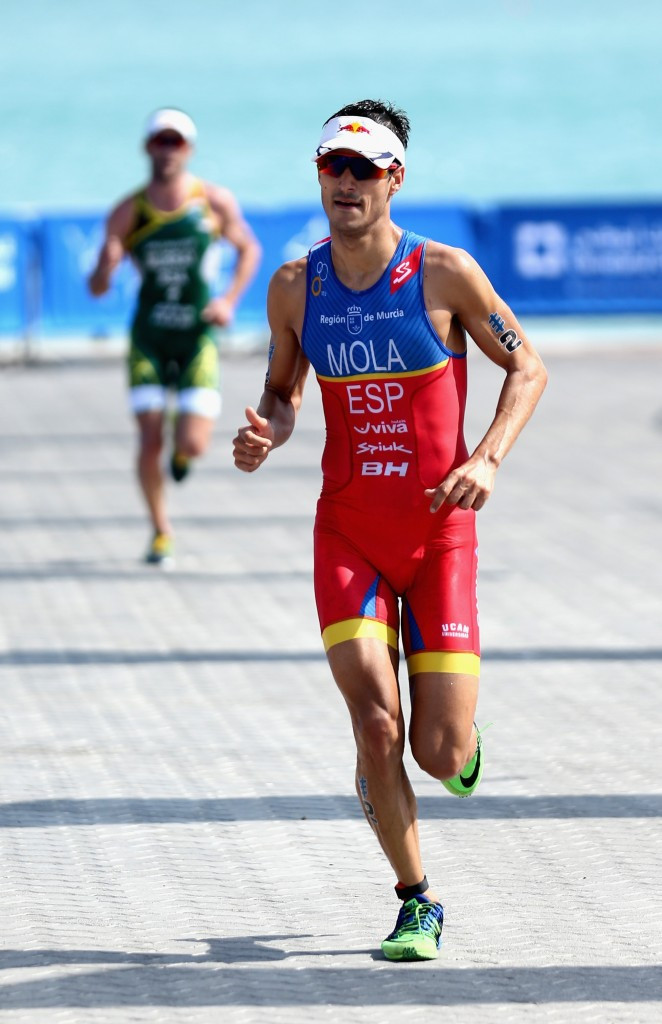 Spain’s Mario Mola made it back-to-back victories in Abu Dhabi after holding off the challenge of South Africa’s Richard Murray in the opening event of the 2016 International Triathlon Union (ITU) World Triathlon Series.

The 26-year-old’s chances took a blow after a slower than expected swim, which saw him exit near the back of the field, and a penalty for an equipment infringement in transition further hindered his progress.

However, the field was brought together during the 40 kilometre bike leg, bringing Mola back into contention for the race victory.

He attacked during the early stages of the 10km run and built an advantage over his rivals, allowing him to take his penalty.

After exiting the penalty box he began to chase down the leaders Murray, Portugal’s Joao Silva and fellow Spaniard Fernando Alarza.

After joining the trio, Mola then launched an attack and moved clear to claim victory for the second year in a row at the season opener, crossing the line in 1 hour, 46min and 39sec.

Murray eventually finished five seconds adrift to end as the runner-up, while Silva came third after ending a further 14 seconds further back.

“Things couldn’t have got much harder today, it’s very hot outside, of course it’s hot for everyone, but it makes it very tough,” Mola said.

“I didn’t swim great, but I was able to get to the front on the bike and then when they called me for the penalty, I imagined it was going to be a bad day.

“When I had those 10, 15 seconds, I thought, that is the time to stop and get back into the pack again.

“Richard was amazing today, as was Joao and Fernando, but I felt great, and I’m happy to get the win.”

With the majority of the field together at the end of the bike leg, Stimpson was able to produce the fastest run time to cross the line in 1:56:10.

She had been able to overhaul Ashleigh Gentle during the closing stages, with the Australian eventually claiming second in 1:56:19.

Jenkins saw off competition from Bermuda’s Flora Duffy to claim the final podium place in 1:56:26.

Before the start of the day’s racing, the French team laid flowers in tribute to triathlete Laurent Vidal, who died in November.