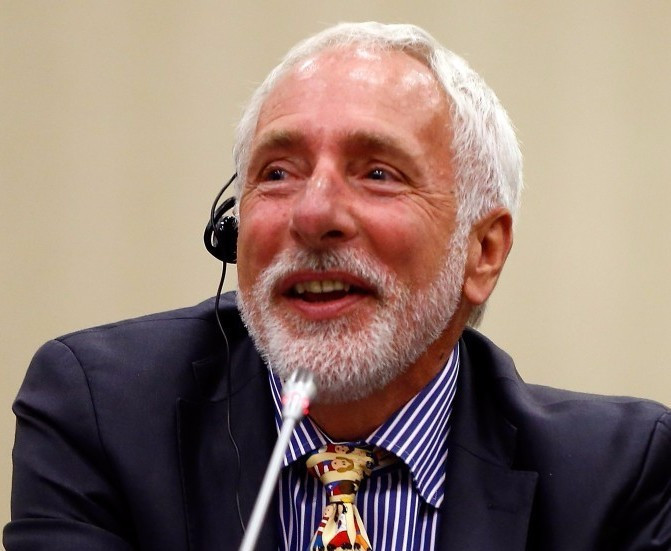 Vin Lananna, President of TrackTown USA, has denied that the International Association of Athletics Federations (IAAF) was presented with a “now or never” deal before awarding Eugene the 2021 World Championships in April last year without the city having to go through a bidding process.

The IAAF decision, which came five months after Eugene had been beaten to the 2019 World Championships by Doha, has been widely criticised, not least by athletics representatives from Gothenburg who had planned to bid for the 2021 Championships later this year.

All but two members of the 25-strong IAAF Council body, strongly urged by the then IAAF President, Lamine Diack, voted for what was described as "a unique opportunity that may never arise again, whereby public authorities, the private sector, the National Olympic Committee, NBC and a particularly enthusiastic public are joining forces.”

But Lananna, who headed Eugene’s unsuccessful 2019 bid, has insisted there was no coercion employed.

“We never presented the IAAF Council with an ultimatum,” he told insidethegames.

“We came away from the loss of the 2019 bid disappointed, of course, but also encouraged by many of the Council Members who saw the strength and potential of our proposal, based on a unique coalition of public and private partners in the state of Oregon.

“After having gone through an exhaustive bid and evaluation process, we simply went back to the IAAF and offered to maintain our proposal, but we were also honest and clear in saying that we were not sure how long we could hold that package together.

“In the end, the overwhelming majority of the Council made a decision, based on a sound strategic view, and we continue to believe strongly that the decision was made for the right place for the right reasons.”

Björn Eriksson, a retired civil servant who was President of Interpol from 1994 to 1996 before being appointed head of a proposed bid from Gothenburg for the 2021 World Championships, has claimed they were repeatedly promised by Diack that they would be given a chance to present their case.

He has called for the French police, who are currently investigating allegations of corruption involving Diack, to look closely at what role he played in the 2021 award.

In the meantime, Gothenburg has announced a joint Swedish bid with Malmö to host the new-style European Championships - comprising seven sports including athletics - for 2022.

As part of his submission to the IAAF while bidding for the 2019 World Championships, Lananna claimed that a choice for Eugene would “crack open the US markets to our sport", adding: “There will be an unprecedented audience for athletics in the United States.”

He believes the IAAF World Indoor Championships in Portland in Oregon - for which he is President of the Organising Committee and which are due to start on Thursday (March 17) - are the first big step in this direction.

“As I have insisted all along, if any of these events are seen as only an end to themselves, then we have failed in our vision and mission - which is to create a long-term strategy to elevate the sport in the United States," he said.

“The potential for the US market is huge, but it’s also highly competitive and we cannot believe that simply by hosting the Championships, people will come and tune in.

“We must be proactive and creative.

“We must be in a position to offer compelling and rich content to the US viewers who are becoming more sophisticated and selective about how they consume sport.

“We must be able - and the IAAF shares in this responsibility - to innovate and offer new and fun ways to present our sport.

Lananna added: “Part of that success will also be in our ability to partner with the broadcast innovators, such as NBC, in order to create a narrative and story that will draw in fans who may not normally be interested in the sport.

“Hosting the World Indoors in Portland is generating a lot of excitement and buzz around the sport in the US, but we would not live up to our long-term vision of elevating the sport nationally if we just looked at this event as a one-off.

“We absolutely see these events as important steps in a long-term plan for growth.

“The Los Angeles bid for 2024 is certainly not lacking in local support, but these events are also a demonstration of a commitment - from the United States Olympic Committee and from the sport movement in this country in general - to hosting major Olympic sports events in the United States as a way of being more engaged with the rest of the world.”

To read the full interview with Lananna click here.