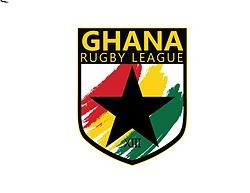 Six teams are taking part in a festival of rugby league at the University of Ghana as efforts to grow the sport in the African country continue.

Akuafo Hall, Commonwealth Hall, Legon Hall, Mensah Sarbah Hall, African Union and International Students' Hostel will each play each other once during the competition in Accra.

The champions will be crowned at the university's Athletic Oval tomorrow.

The tournament is being organised by the University of Ghana Sports Directorate alongside the Titans Sporting Club, amid a keen interest to promote and grow rugby league.

Federation of Ghana President Kareem Captan welcomed the tournament, which could see players progress through to national sides.

"We are looking forward to a fun and competitive week ahead with rugby league making its debut in the annual Inter-Halls Games of the University of Ghana," he said.

"With six teams taking part, the event is anticipated to introduce the sport to a new audience and thrill spectators and players alike."