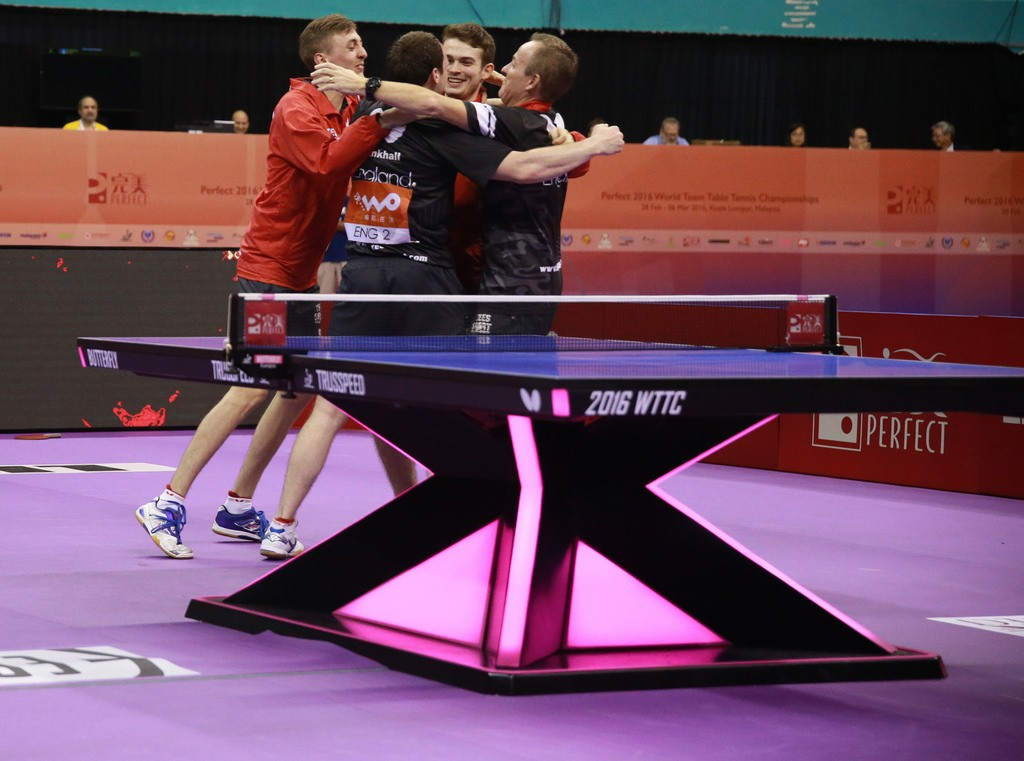 England's stunning run at the International Table Tennis Federation (ITTF) World Team Championships continued after they came from behind to beat France at the quarter-final stage of the men’s event in Kuala Lumpur.

Having been promoted in 2014, the English team had not been expected to reach the latter stages of the tournament, but impressed during the group stage of the competition.

They had been comfortably beaten 3-0 by France in their group encounter, however their team was buoyed by a dramatic 3-2 win over Poland in the first knock-out round.

A thrilling deciding contest between Drinkhall and Lebesson was eventually claimed by the English player after five match points, as he eventually triumphed 15-13, 8-11, 9-11, 11-9, 13-11.

England will now face the challenge of second seeds Japan, after they secured a 3-1 victory over Hong Kong in their quarter-final.

The second semi-final will feature South Korea, after they impressively ended the run of Portugal by triumphing 3-1, with Joo Saehyuk winning both of his singles matches.

South Korea, though, will begin as the clear underdogs when they meet defending champions China, who cruised past Sweden 3-0.

China’s women’s team were able to rest after securing their semi-final space yesterday by beating The Netherlands, but could watch their potential semi-finals opponents in action.

Ultimately Chinese Taipei secured a 3-2 victory over Hong Kong, with the result seeing them set up a date with the defending champions.

The winners of the semi-final clash will meet Japan in the gold medal match, after they sealed a 3-1 win over South Korea.