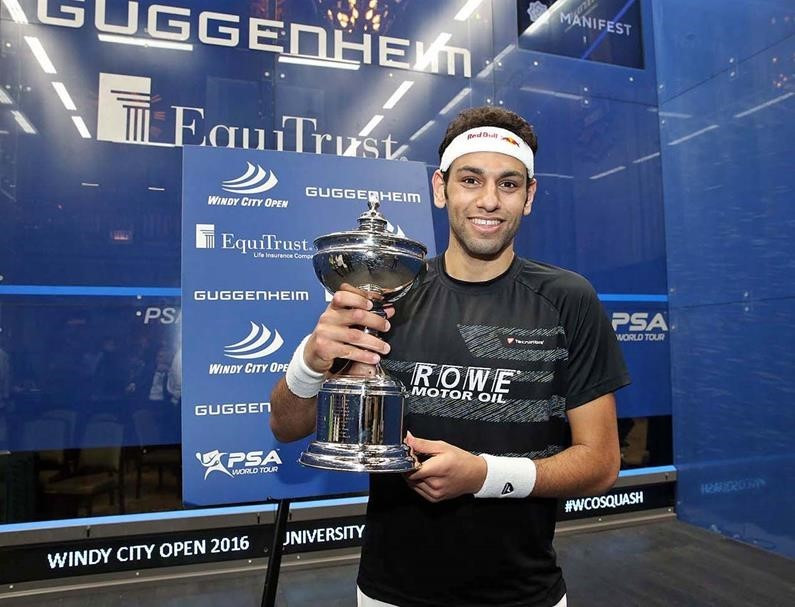 Egypt won both the men's and women's titles at the Professional Squash Association (PSA) Windy City Open as Mohamed Elshorbagy and Raneem El Welily triumphed at the University of Chicago.

World number one Elshorbagy claimed his fourth World Series title in a row after opponent Nick Matthew retired in the third game due to a hip injury.

It was evident early on that England's three-time world champion was struggling and the winner of last year's event was forced to surrender his crown with Elshorbagy 11-6, 11-3, 1-0 up.

"I noticed at the start of the second he was struggling to move," said the Egyptian.

“I live for great battles and to play against great players like Nick.

"It’s unfortunate what happened today as that’s not the way that I wanted to win.

“But this is the first time I’ve won this title and I’m very happy to have my name on there - it is an achievement that I’m very proud of."

Matthew was looking for a third title in Chicago having also triumphed in 2004.

"I felt a muscle in my glute go in the first game and it seized up," he said.

"Mohamed is hard enough to play when you’re fully mobile, never mind injured, so it was a frustrating end.

“I don’t mind losing - it’s just disappointing when you can’t do yourself justice and give Mohamed the fight he deserves.”

The champion reached the world number one spot last year but has since suffered a dip in form, something that now looks to be behind her after victory over her 20-year-old opponent.

"I never thought I’d be number one after winning here last year so I’m just going to take it one step at a time.

"It’s all about baby steps and taking it one match and one point at a time."