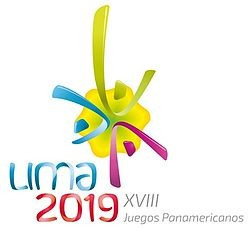 World Archery has launched an investigation into the sport's exclusion from the Lima 2019 Parapan American Games programme after they claimed they were given "no reason" for the decision, a spokesperson for the governing body has told insidethegames.

The Americas Paralympic Committee (APC) and Lima 2019 confirmed a record list of 17 sports for the event following a three-day meeting in the Peruvian capital.

Badminton, shooting and taekwondo will make their Parapan American Games debut at Lima 2019 but organisers have removed archery from the programme.

Archery was included at Toronto 2015 and has featured at every edition of the Paralympic Games.

"World Archery is investigating the situation regarding the sports programme of the Parapan American Games," a statement from the organisation, sent to insidethegames, read.

"There has been no reason given as to archery’s withdrawal from the programme, and it is strange that the sport that has been present since the very beginning of the Paralympics would be withdrawn."

The event in Lima, which will also stage next year’s crucial International Olympic Committee Session, where the host city for the 2024 Olympic and Paralympic Games will be decided, is set to be the biggest in the history of the Parapan American Games.

Badminton and taekwondo will also both appear at the Paralympic Games for the first time at Tokyo 2020.

Organisers are expecting a record 1,850 athletes to compete in 17 sports at the sixth edition of the Parapan American Games, due to take place at the end of August 2019.

“Following their inclusion in the Tokyo 2020 Paralympic Games, both badminton and taekwondo will feature for the first time at a Parapan American Games alongside shooting.

“This agreement is a significant milestone in the growth of the Paralympic Movement in the Americas as it means Lima will stage the biggest ever Parapan American Games in 2019 with 250 athletes and two sports more than Toronto 2015.

“Following the success of the Toronto 2015 Games and this September’s Rio 2016 Paralympic Games it is vital that the Paralympic Movement continues to move forward in the Americas.

“This agreement will go some way to achieving this.

“I would like to thank the Lima 2019 Organising Committee, led by their President Luis Salazar, for their cooperation and commitment.

“We look forward to working with them to ensure Lima 2019 builds on the success of Toronto 2015.”

International Paralympic Committee chief executive Xavier Gonzalez was present at the meeting, where the delegation was given updates on various functional areas and the preparations of Lima 2019.

They also visited several venues which may host events at the Games.

The most recent event in Toronto, where around 1,600 athletes from 28 countries competed in 15 sports, was hailed as the “best-ever” by the APC.

A total of 10 world records were broken in 15 sports during the eight days of competition.

A total of 70 Americas and 239 Games records were also set.