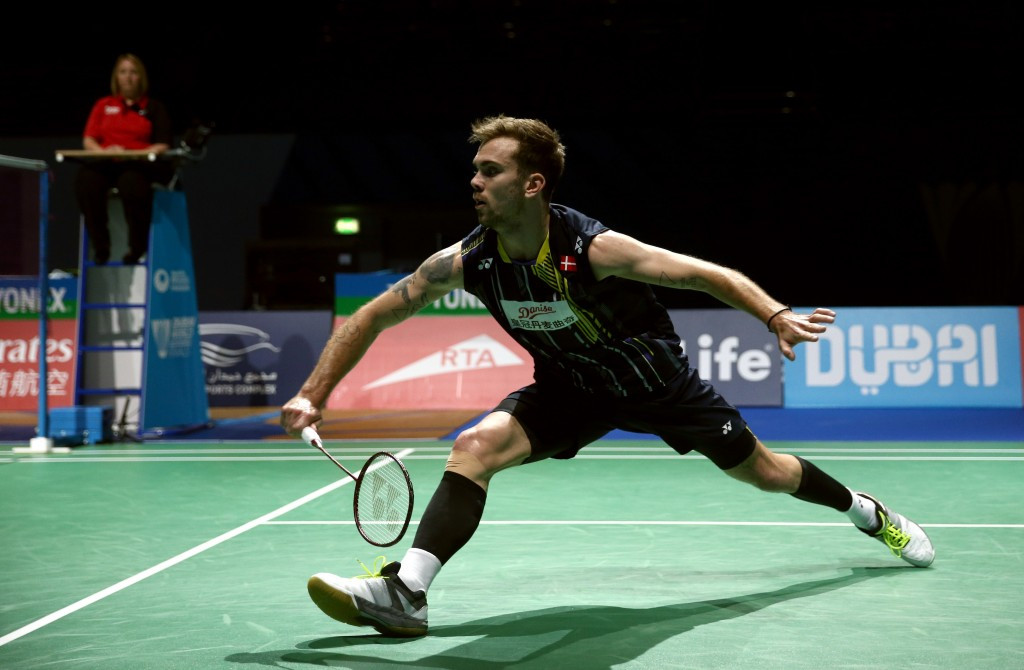 Top seed Jan Ø. Jørgensen of Denmark got his Badminton World Federation (BWF) German Open campaign off to a winning start by beating Singapore’s Zi Liang Derek Wong in straight games at the RWE-Sporthalle in Mülheim an der Ruhr.

The world bronze medallist triumphed 21-18, 21-16 to set up an encounter tomorrow with Hong Kong’s Vincent Wong Wing Ki, who beat Sweden’s Mikael Westerback 21-11, 21-16, in a tournament that is a BWF Gold Grand Prix event.

There was disappointment though for Viktor Axelsen, the Danish third seed, who fell to a 21-11, 12-21, 15-21 loss against Japan’s Kenta Nishimoto.

The highest seed in action today in the women’s singles qualification draw was Singapore’s Xiaoyu Liang, ranked number three, as she edged to a 21-10, 19-21, 21-13 success against Bulgaria’s Petya Nedelcheva.

Kersaudy did not have the same joy in the mixed doubles, however, as he and French partner Lea Palermo lost 16-21, 12-21 at the hands of Thai pairing Puavaranukroh Dechapol and Sapsiree Taerattanachai.

In the women’s doubles qualification, Jennifer Karnott and Franziska Volkmann went up against Linda Efler and Lara Kaepplein in an all-German clash.

Action is due to resume tomorrow with the event scheduled to conclude on Sunday (March 6).