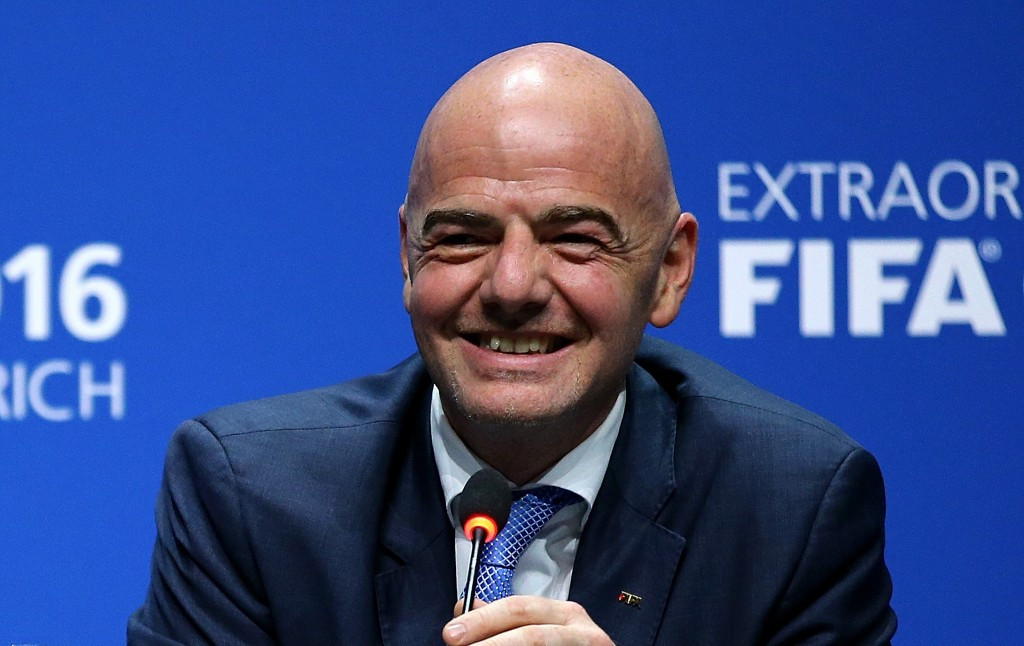 The 2018 and 2022 World Cups will take place in Russia and Qatar as planned, despite the ongoing investigation into alleged corruption within the bid processes, newly-elected FIFA President Gianni Infantino has confirmed as he officially began work as the head of world football’s governing body.

The Swiss, who beat nearest challenger Shaikh Salman Bin Ibrahim Al Khalifa to the top job at the organisation at an Extraordinary Congress in Zurich last Friday (February 28), also warned that the 2026 World Cup not be automatically awarded to the United States.

It had been claimed that Infantino, previously general secretary at UEFA, had promised the country the tournament after the head of the United States Soccer Federation Sunil Gulati, also a member of FIFA’s Executive Committee, switched his vote to him in the second round.

Gulati had openly said he would opt for Prince Ali in round one but was then seen scurrying around the Congress hall during the second round, seemingly in an attempt to help get Infantino votes.

The 45-year-old from Brig was elected after he received 115 votes in the second round, with Shaikh Salman, President of the Asian Football Confederation, getting 88.

When questioned whether he had given any promises to Gulati, Infantino said: “No, absolutely not.”

He added: “I spoke with many delegates... trying to tell them that they should vote for football and for me."

Infantino will be in charge of opening the bid process for the 2026 competition.

The process was suspended last June following the opening of a criminal investigation into how Russia and Qatar won the rights to the two tournaments.

The host country for 2026 World Cup was due to be decided at the FIFA Congress in Kuala Lumpur in May 2017.

Russia and Qatar secured the hosting rights to the 2018 and 2022 World Cups respectively in 2010.

Both processes, however, have been overshadowed by claims of vote-buying and wrongdoing.

The allegations prompted American lawyer Michael Garcia to publish a report into the accusations.

Garcia, the former US Attorney for the Southern District of New York, resigned from his role as FIFA’s independent ethics investigator in December 2014 after world football’s governing body decided not to release his report in full.

Instead, a 42-page summary was published, which cleared Russia and Qatar of wrongdoing.

Russia is reported to have shaved a further six billion rubles (£56 million/$78 million/€71 million) from its spending on the tournament in 2018.

Shaikh Salman had vowed to re-open the bid processes for the competitions in 2018 and 2022 "if serious wrongful conduct is proven by a court of law” if he was elected.

Prince Ali Bin Al Hussein, President of the Jordan Football Association who stood in the FIFA Presidential Election, had campaigned for the Garcia report to be published because "people need to know what is going on at FIFA".