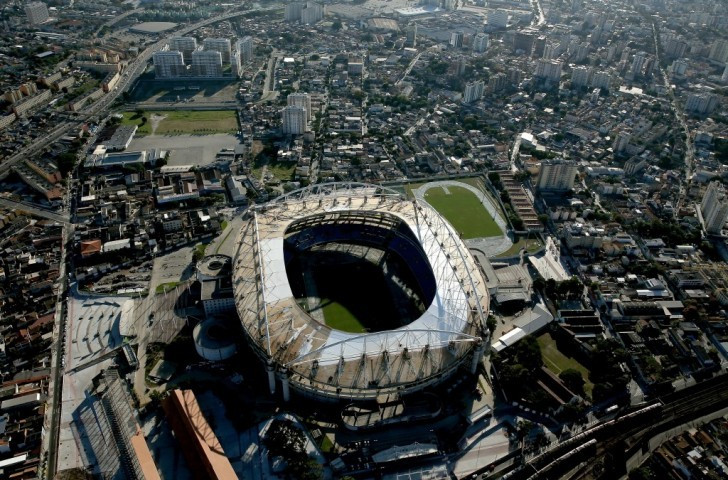 Installation of the Mondo athletics track in the Rio 2016 Olympic Stadium has been delayed by at least a month following local hold-ups in preparation and unusually bad weather.

But Andrea Vallauri, head of Mondo’s Sport Division, has told insidethegames that work will be completed in time for the Olympic test event planned for May 14-16, adding: “At the moment everything is under control.”

In December, Vallauri said installation was expected to start at the beginning of February and that everything should be completed “by the end of March.”

Since then preparation work in the stadium has been impacted by disruption to electricity and water supplies due to outstanding utility bills of $225,000 (£152,000/€207,000).

A solution to the problem was compounded by delays due to the Christmas and New Year holiday in Brazil.

Work has also been disrupted by severe weather conditions in recent weeks.

After returning to Italy following his latest visit to the stadium, from February 22-24, Vallauri said: “All the material is on site and we are just waiting for the preparation work in the stadium to be completed - in two weeks, maximum three weeks, we shall be able to start.

“There’s still some work to be done, not in the field of play but around the outside, but it has to be finished in order for us to have access.

“The track is going to be completed in time for the Test event, we are quite confident.

“We are still in the safe range in terms of time.

“Everything is there, and the majority of things are ready.

“At the moment everything is under control.”

Vallauri, who contacted the Rio 2016 organisers to update them last week, added: “It takes four weeks to lay the track, and two more weeks to paint the lines and complete the testing.

“Now at the moment the weather is very, very unpredictable, all of South America has been suffering from El Nino.

“It’s a crazy situation - it rained like crazy in the evenings when I was in Rio.”

On the subject of the utility supplies, Vallauri added: “Definitely there was some difficulty, some problems with supply, before the carnival, but that has been dealt with.

"We are independent once we start our work, as we have our own generators.

“We have worked in Brazil for more than 25 years so we are familiar with the way things have to be done in Rio - that’s why we are not worried.

“One way or another we have to finish in time for the test event.

“It is a commitment we have made, and we will do it.

“I still think we can do this in a rational and normal way whatever the conditions.

“I don’t want to think about Plan B,

“I always look on the positive side.”