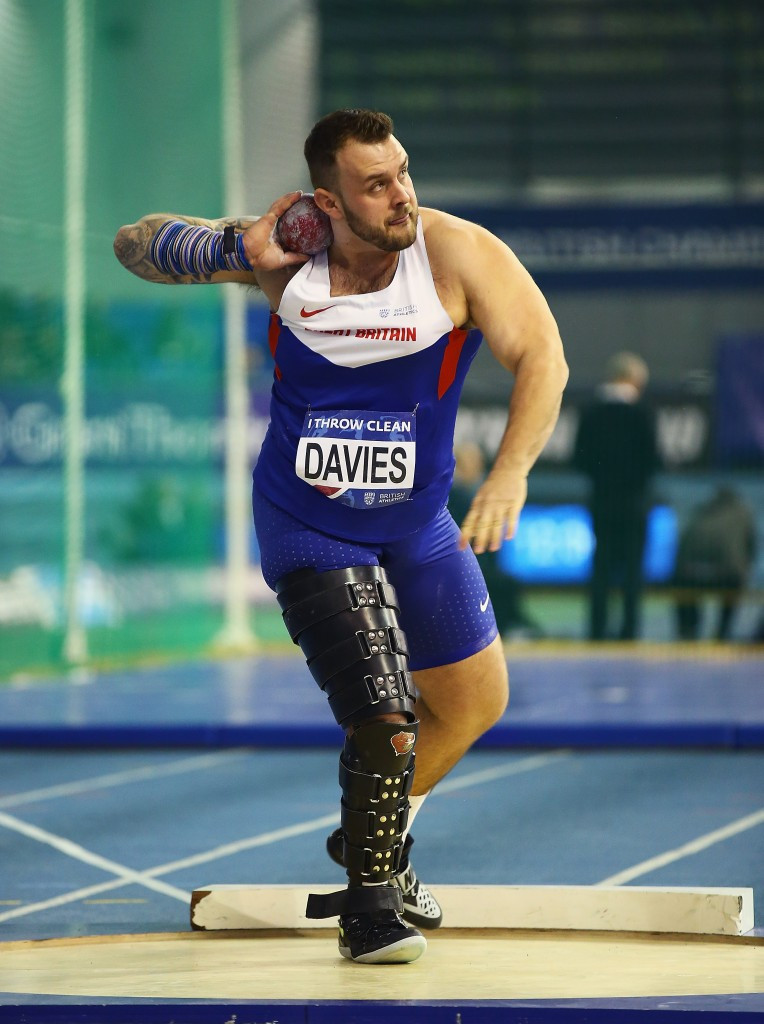 The 24-year-old, a London 2012 Paralympic gold medallist in the F42 discus, threw 16.14 metres in the Indoor British Championships at the English Institute of Sport in Sheffield.

That added an impressive 15cm to his previous personal best he set in Cardiff last month, meaning the 16m barrier has been broken for the first time.

"I'm so happy to have broken the 16 metre barrier, now onto 17 metres," tweeted Davies afterwards.

"Twenty-sixteen is shaping up nicely, roll on summer."

The Welshman also won F42-44 shot put bronze at London 2012, and is looking to improve on that at the Paralympics in Rio de Janeiro this year.

His discus event has been removed from the programme, meaning he cannot defend that title.

He won a silver medal at 2014's Commonwealth Games in Glasgow.

He was born with hemimelia in his right leg, meaning there are missing bones and no muscle or ligament growth.