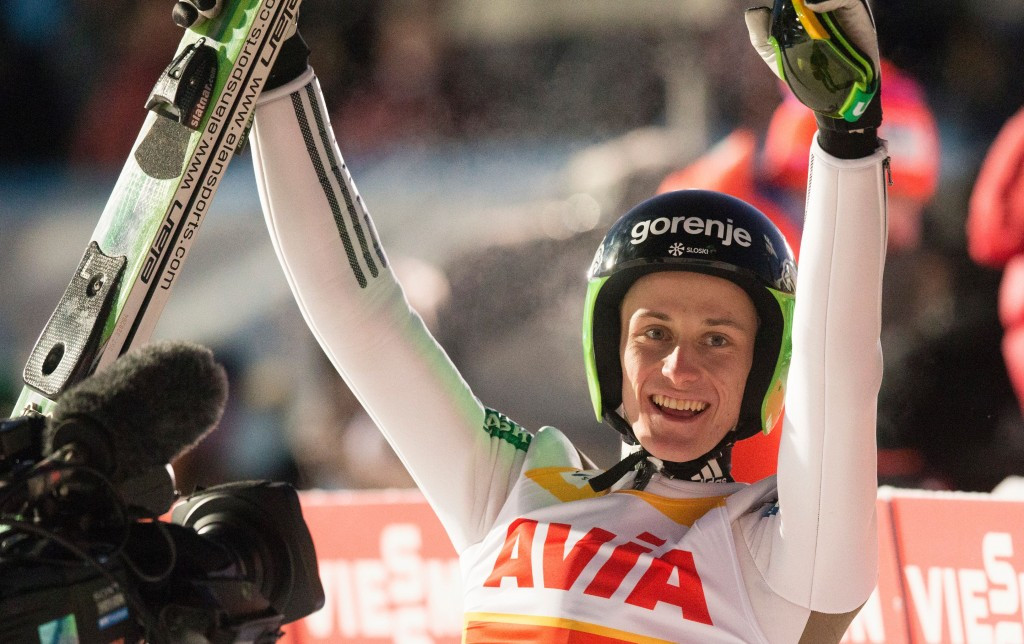 Peter Prevc was crowned as the overall International Ski Federation (FIS) Ski Jumping World Cup champion as the supreme Slovenian continued his domination of the campaign with a second victory within two days in Almaty.

The 23-year-old was all but assured of the overall prize going into the event at the Kazakhstan hill, as a 30th place finish or better would make him impossible to catch in the standings.

After winning 13 World Cup events this season that was always going to happen and he crowned himself as this season's best jumper in style by adding to his victory in Almaty yesterday with another success.

His debut overall victory means he is the second Slovenian to win the prize, after Primoz Peterka.

"It was the best moment of my career when I realised that I won the overall title," said Prevc, also the Four Hills and Ski Flying champion this season.

"It took me seven seasons and after it was so close last season I could now prove that I can win.

"My goal is always to jump perfectly and this only happens once or twice during a season.

Germany's Severin Freund, last year's overall winner, managed a hill record of 141.5m but his other jump was shy on 137m and he finished on 314.3.

Bronze went to Norway's Daniel Andre Tande who jumped 140.5m and 139.5m and was given 310.9 points after the verdict of the judges.

There are still six World Cups left but only a maximum of 600 points available.

The men's World Cup season will continue in Wisla in Poland on March 4.

In the women's World Cup, there was more joy for overall champion Sara Takanashi of Japan.

Austria's Daniela Iraschko-Stolz claimed back-to-back second place finishes as she recorded 97.5m and 97m for a total of 234.7.

With the final two World Cups of the season in Rasnov in Romania cancelled due to warm weather, the FIS will announce tomorrow if they will be rescheduled or if the season has now ended.

Regardless of what happens, Iraschko-Stolz is guaranteed to finish second overall, with Vtič also assured of coming third.