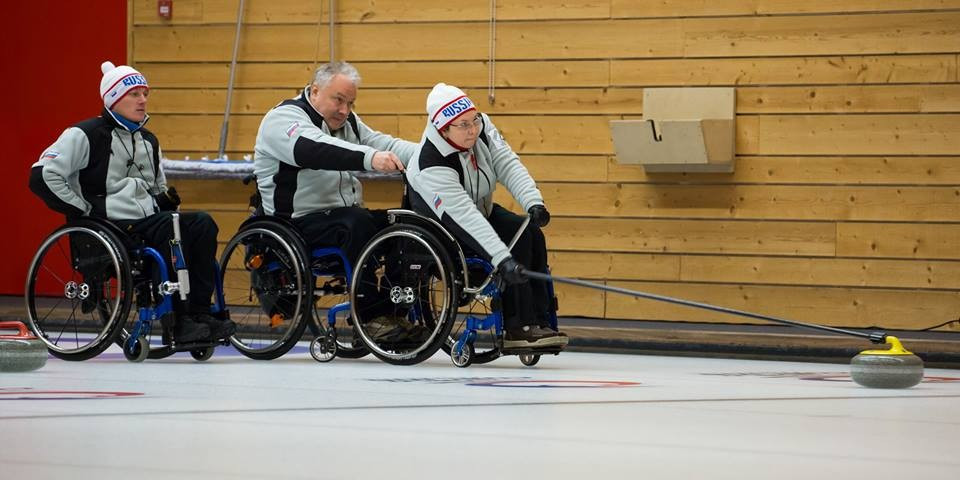 Defending champions Russia booked their place in the gold medal match of the World Wheelchair Curling Championships after beating Norway in the play-offs at the Eizentrun Luzern in Lucerne.

Both teams had completed the round robin phase of the competition with a record of seven wins and two defeats, although the Russian team began with the advantage of having overcome their rivals 3-1.

Norway’s quartet of Jostein Stordahl, Ole Fredrik Syversen, Sissel Loechen and Jan-Erik Hansen began the more impressively of the two teams as they opened up a 2-0 lead, by scoring points in the second and third ends.

However, the momentum of the contest shifted considerably after the Russians scored two in the fourth end and were then able to open up a two-point advantage by the sixth.

Despite beginning the final end at 4-3 behind, the Norwegian team had a chance to secure the win due to having three stones in the house, but Russia’s skip Andrey Smirnov was able to hold his nerve and score a point to win his team the contest 5-3.

“But it's very good for us that we were able to gather strength, to control and fix our mistakes.

“Of course, now we will prepare ourselves for tomorrow’s game.

“The last end brought a lot of tension and the last stone was our last hope, I was concentrating just on this stone and I'm happy that I did my best and we won.”

Norway will now be forced to win their semi-final clash to join Russia in the gold medal match, with South Korea also vying for the spot.

The South Korean team were able to come from behind to beat Switzerland in the third and fourth place match.

Their victory hinged upon the seventh end, where they were able to score three points and they moved into the lead for the first time.

Although Switzerland scored a point to force an extra end, South Korea used the last stone advantage to good effect to score two points and claim a 6-4 win.

Canada were able to avoid joining Finland in World Wheelchair Curling Championship Division B after they overcame Germany 6-3 in their final group match, which took place earlier in the day.

It forced Germany to meet Slovakia in a relegation playoff, with the former cruising to a 7-2 win, which preserved their place in the top level competition.