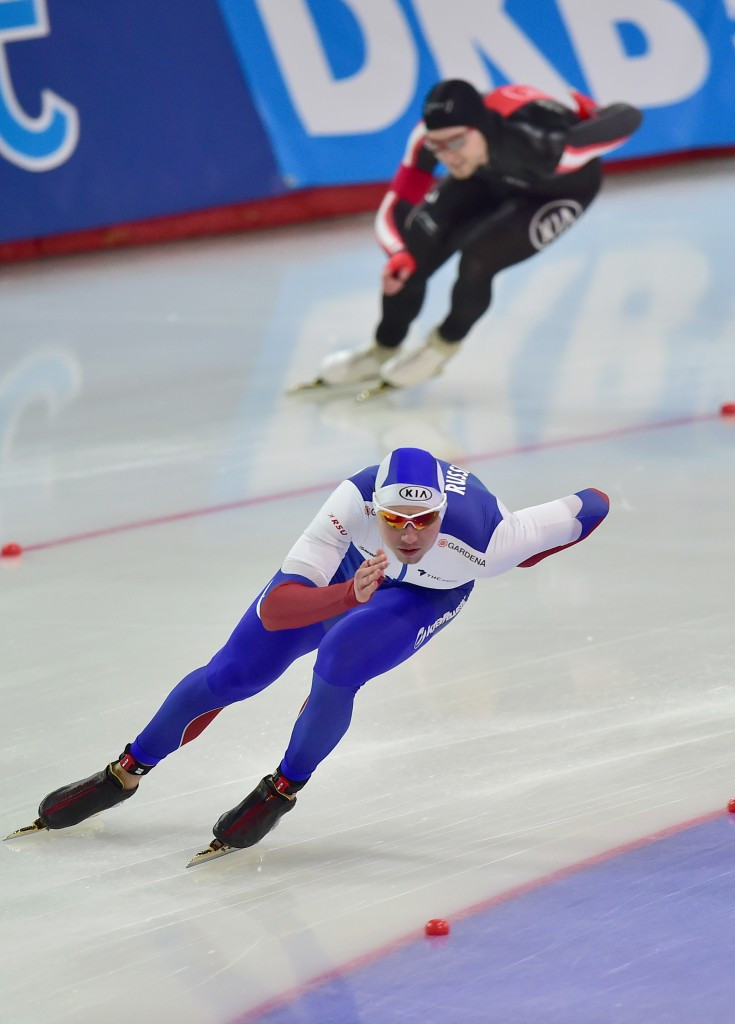 Russia's Pavel Kulizhnikov and American Heather Richardson-Bergsma lead in the men's and women's competitions respectively at the halfway point of the International Skating Union (ISU) World Sprint Championships in Seoul.

Twenty-one-year-old defending champion Kulizhnikov triumphed in the men's 500 metres race before a second place finish behind Dutch star Kjeld Nuis in the 1,000m.

That gives him a leading tally of 69.695 points ahead of the second races tomorrow, as he looks to add to the two titles he won at the World Single Distances Championships on home ice in Kolomna earlier this month.

The 500m success saw Kulizhnikov blow away the field with a track record time of 34.76 sec at the Taereung International Skating Rink in South Korea's capital.

Kai Verbij of The Netherlands was second in a time of 34.94 with Finland's Mika Poutala third after clocking 34.95.

In the women's competition, 26-year-old Richardson-Bergsma, the 2013 champion, has taken control after a pair of second-place finishes.

Richardson-Bergsma stopped the clock at 1:15.37 with her compatriot Brittany Bowe, the defending champion, registering 1:15.51 for third.

Both the men and women will contest 500m and 1,000m races again tomorrow when the overall champions will be crowned.