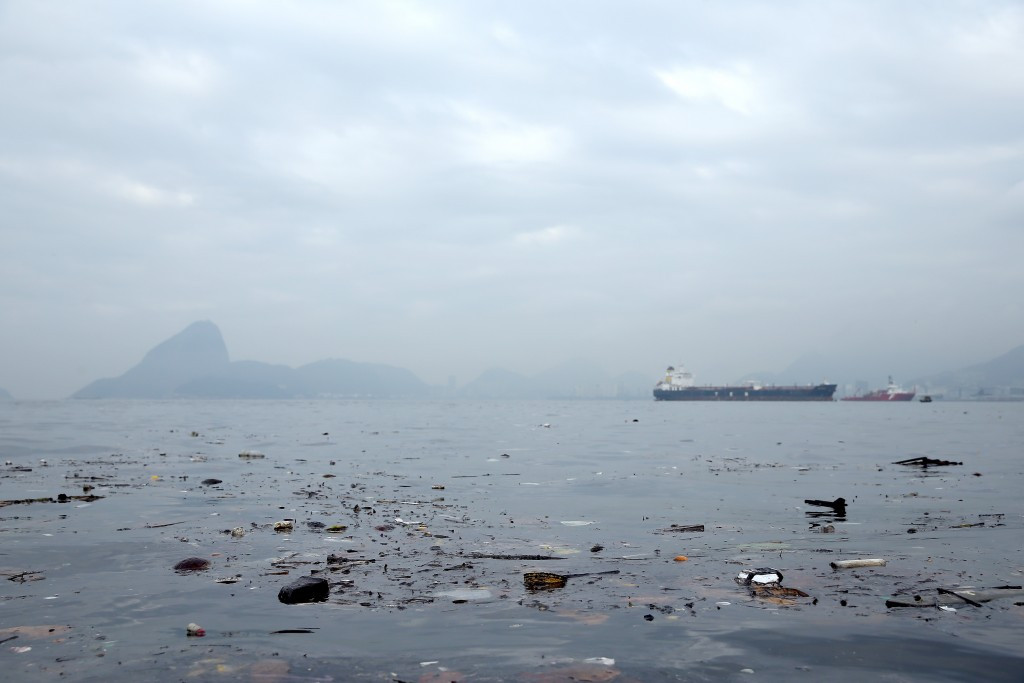 A human arm has reportedly been photographed floating in the much-maligned waters of Guanabara Bay close to the Rio 2016 Olympic and Paralympic sailing course.

The incident is another embarrassment for organisers as they continue to insist the venue will be safe for athletes during the Games.

Pictures of the arm, surrounded by dead fish and other impediments, were sent to the Brazilian website Globo.com by a reader who claimed it was not the first time they had seen human remains in the water.

"I've seen bodies floating at other times...five years ago and another last year," said the contributor who wanted to remain anonymous.

"It is absurd, but we have got used to [seeing] things floating in the Bay.

"I've seen a lot of garbage, other objects and dead dogs."

Others have also reported sightings of dead bodies in the water, with the Bay seemingly a dumping ground for the crime-riddled city.

Water pollution concerns on the Bay have been among the biggest challenges for Rio organisers in recent years, particularly because cleaning up Guanabara Bay was a major legacy commitment when Rio de Janeiro successfully bid for the Games in 2009.

Levels would be reduced by 80 per cent by the time of the Opening Ceremony, it was pledged, but the improvement has been certainly no more than 50 per cent, with many citing a far lower number.

Several illnesses were reported during August's test event, while there were also obstacles on the water,

Rio organisers admit that progress has not been as good as initially hoped, but insist that the actual waters used for competition will be clear of obstacles and clean in time.

Brazilian sailor Martine Grael, a 49erF class world champion in 2014 who has already qualified for her home team at the Games, has become the latest to voice her concerns.

"It's very clear that water treatment and education are the biggest focus on cleaning the water, and I haven't seen almost anything being done in that way," she told ESPN.

"I think Rio has a very big coastline and people love to go to the beach, but nobody seems to care that the beach is getting dirtier and dirtier.

"The water's still dirty and it stinks some days, and, I don't know.

"You don't need to study a lot to understand that it's not going well."