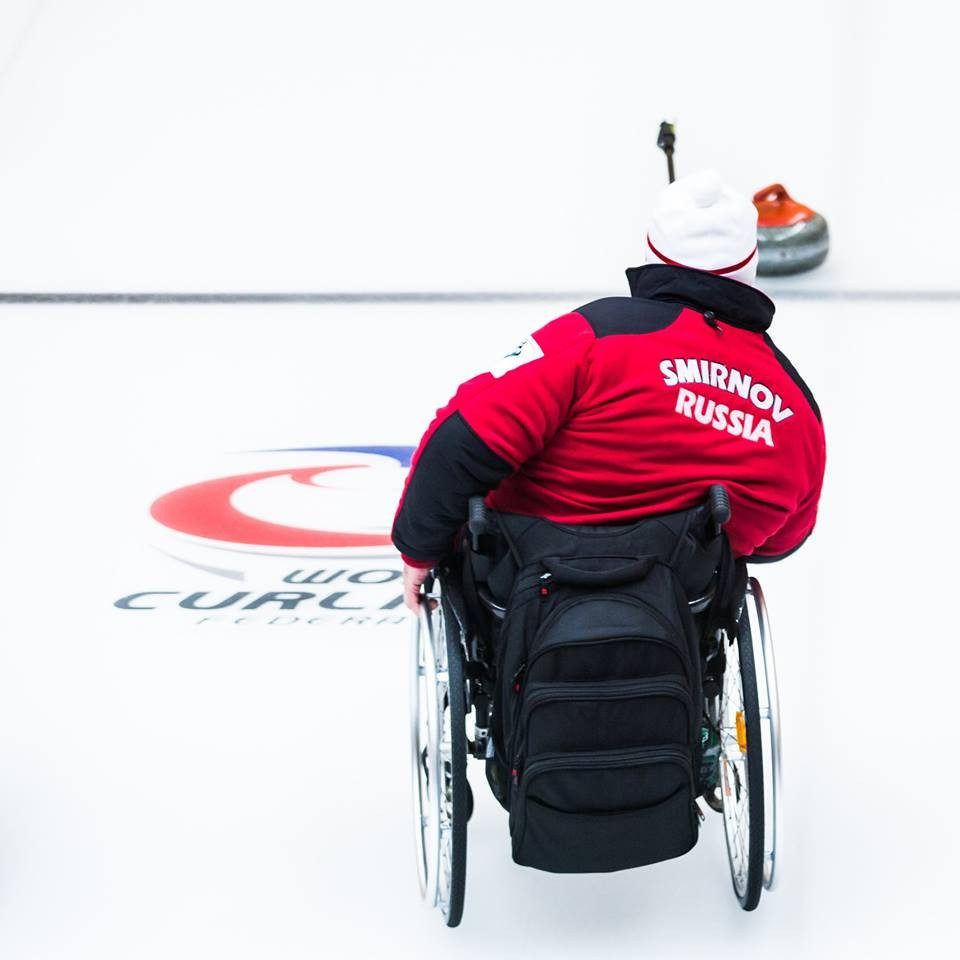 Defending champions Russia today became the third team to book a playoff spot at the World Wheelchair Curling Championships at the  at the Eizentrun Luzern in Lucerne.

Headed by their skip Andrey Smirnov, last year's winners saw off Paralympic champions Canada 7-2 in the morning session to ensure themselves of a finish in the top four.

After blanking the first two ends, Russia scored three points in the third to take control of the game.

Canada responded with a single point in the fourth end, before Russia scored a further three points in the fifth end to take full control.

A steal of a single point for Russia in the sixth end added more pressure on the Canadians, who would score a single in the seventh before being run out of stones in end eight.

"Now we feel that we did the really important part of our job, but still there is the hardest part waiting for us in play-offs," said Smirnov.

"We didn’t feel external pressure, it’s more about your internal mistakes and we try to fight with our own mistakes.

"If all the players implement all tasks it gives you more advantages and good results.

"So first of all we are fighting not with our direct rivals but with ourselves.

"Today we made some mistakes but we corrected and fixed them in time, that’s why we scored more points and if you have these additional points the game is going to be softer and safer."

Russia backed up their success with a 10-7 win over the United States in the afternoon, with their opponents one of two countries who are hoping to secure the last play-off berth.

A victory for the Americans would have put them in pole position to qualify after their 8-6 morning session win over South Korea.

The defeat to Russia means, however the US have a record of played four, won four, lost four and are fifth in the round robin, behind the Koreans, who have finished all their matches and are fourth with five wins and four defeats.

It means the Americans can book a tiebreaker clash with Korea for progression if they beat China tomorrow, which would be enough to see both countries end on the same record.

Norway and Switzerland, the top two sides who had already sealed progression, met in the morning session with the former winning 7-2 to inflict a first defeat on the hosts.

One defeat quickly became two for the Swiss as they went down 7-4 to China in the afternoon, while Norway also lost their second match, 8-5 to Canada.

Germany had a mixed day as they lost 6-3 to Slovakia in the morning before an 8-2 afternoon win over bottom side Finland.