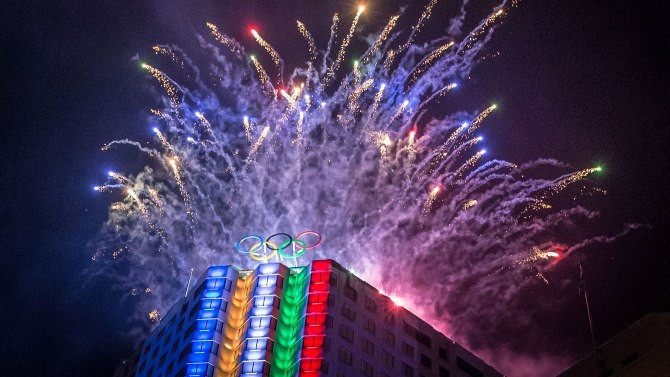 A total of CAD$2.9-million (£1.5 million/$2 million/€2.1 million) was spent on a new boardroom at the Canadian Olympic Committee (COC) headquarters in Montreal, an independent audit has revealed, which also found the project remains over budget and behind schedule.

The new headquarters was masterminded by former COC President Marcel Aubut, who was forced to step-down last year after facing multiple allegations of sexual harassment.

The spending, financed by the respective Governments of Canada, Quebec and Montreal, is highlighted in an audit of the COC’s CAD$10 million (£5.3 million/$7.2 million/€6.4 million) plan for a headquarters undertaken by Deloitte, and reviewed by The Globe and Mail.

Sports officials, athletes and journalists, including insidethegames, were specially flown in by chartered jets for a day-long series of celebrations.

Many involved in the Canadian Olympic Movement claim the money would have been better spent on preparations for the country's team at the this year's Olympic Games in Rio de Janeiro.

The audit also found that the project was facing a shortfall of nearly CAD$1 million at the end of 2015.

Completion of some areas, including the opening of an interactive sports museum, has been postponed following series of delays.

Aubut, elected to his post in 2009, vowed to revamp the COC to give Canada a more prominent role within the Olympic Movement.

He claimed the Canada Olympic House would “inspire” a new generation of athletes when it was opened last year.

Others saw the project as more of a personal vanity attempt by Aubut, the lawyer and former Association of National Olympic Committees Executive Council member, who has vacated all his sporting and business roles since the sexual harassment allegations surfaced late last year.

Critics are calling for the COC, now led by Aubut's replacement Tricia Smith, to now seek more details as to exactly how and what money was spent.

Deloite was hired by the COC “as part of a commitment to ensuring resources are used responsibly”, a statement sent by the National Olympic Committee to the Globe and Mail claimed.

It added: “Our intention is for the capital project to ultimately be revenue neutral.

"The current financial position is not a reflection of the final outcome, but rather also reflects expense elements associated with [completing the rest of] of the project."