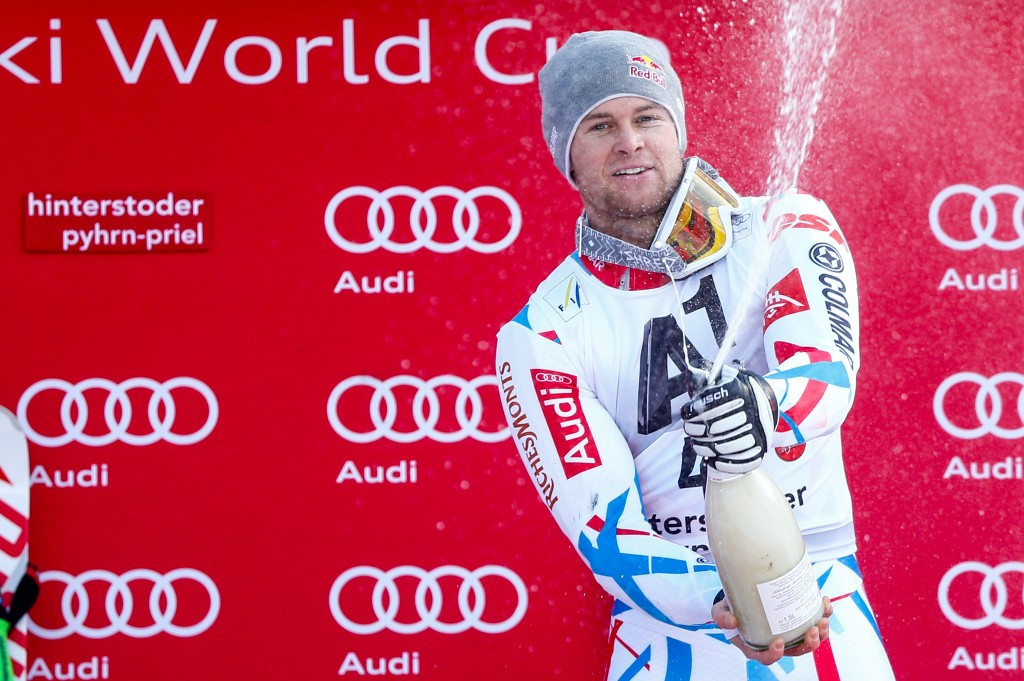 The 24-year-old Pinturault, the Olympic bronze medallist at Sochi 2014, finished the course at the Austrian resort in a combined time of 2min 31.72sec, disappointing the home crowd who were rooting for local hero Hirscher.

The winner of the last four overall World Cups was 0.79 seconds behind Pinturault with Thomas Fanara, also of France, coming home third 0.92 seconds behind his fellow countryman.

"This win was unexpected," said Pinturault, who clocked the fastest time in each of the two runs but made an error midway down the course during his first attempt.

"Especially after the big mistake I did right before the flat part.

"It’s never good to do mistakes before flats.

"I wasn’t sure it would be enough, but in the end, I was pleasantly surprised with my time.“

Hirscher, winner of the city parallel slalom event in Stockholm on Tuesday (February 23), earned a 13th podium of the season in front of 11,000 fans and now has 1,225 points on top of the overall standings.

Second place Norwegian Henrik Kristoffersen was fourth today and now has 1,022 points, ahead of his compatriot Aksel Lund Svindal, who has 916.

The giant slalom rankings are also led by Hirscher on 481 points but Pinturault has closed the gap in second and now has 330.

A second giant slalom race will be held in Hinterstoder on Sunday (February 28) with super-G scheduled for the course tomorrow.

"After two consectutive wins in giant slalom, I may be the favourite for Sunday,“ said Pinturault, who also won in the discipline in Yuzawa Naeba in Japan on February 13.

"But Marcel is still the leader of the standings, and he is one of those guys that is always a potential podium finisher.“