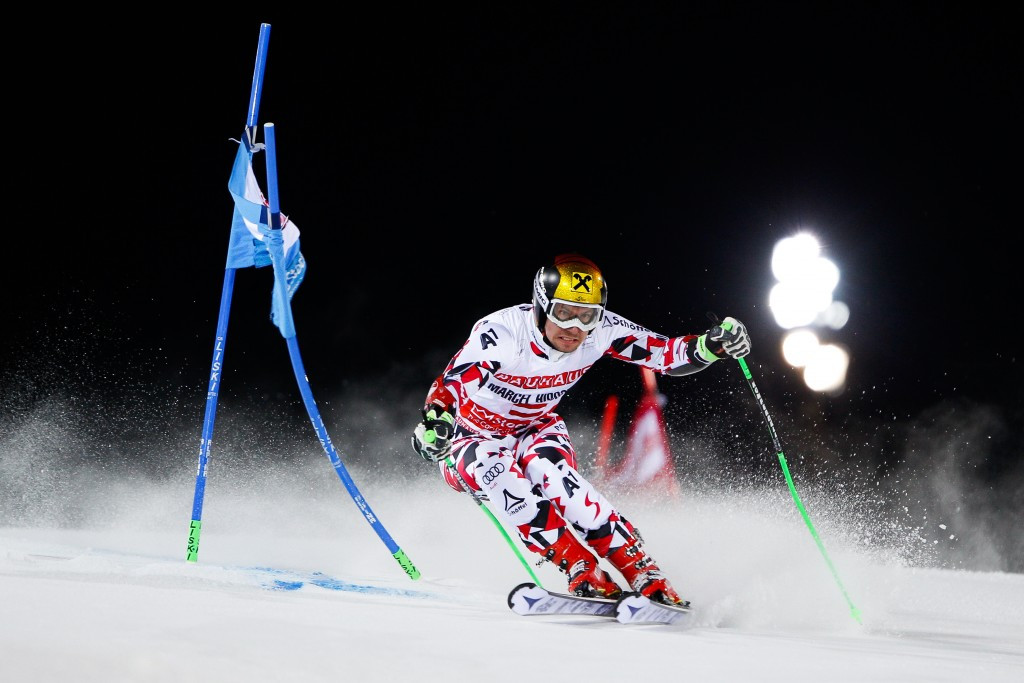 The Austrian Olympic silver medallist performed strongly in a competition which sprung several surprises, and saw off the challenge of home skier Andre Myhrer in the final.

With the world's top 16 skiers competing, the first upset came in the opening round as World Cup slalom leader Henrik Kristoffersen fell to his compatriot Kjetil Jansrud.

In the end, Stefano Gross of Italy beat the Russian to bronze in the small final.

"The people are amazing and it's so close to the city," said Hirscher after an event on Hammarby hill overlooking Stockholm.

"Usually people have to drive two or three hours to get to a ski race.

"So now here, it is perfect.

"We are where the people are and we can bring skiing a bit closer."

The women's event was won by Switzerland's Wendy Holdener who beat Sweden's Frida Hansdotter in the final.

Another Swede, Maria Pietilae-Holmner, saw off Nina Loeseth of Norway for bronze.

Hirscher has 1145 points on top of the men's overall World Cup standings, with Kristoffersen second on 972.

Women's pacesetters Lindsey Vonn and Lara Gut both exited in the first round, with American Vonn still top of the pile on 1215 points.