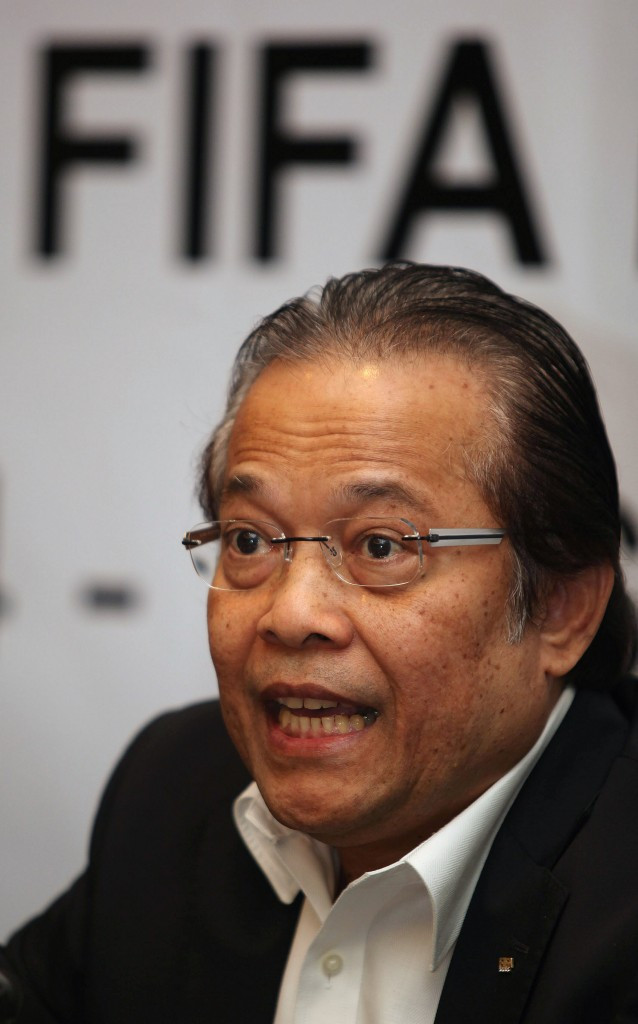 FIFA has banned the former President of the Football Association of Thailand (FAT) Worawi Makudi for three months after he failed to comply with a previous ban.

Makudi was originally suspended for 90 days by world football's governing body in October, for as yet to be revealed reasons, and FIFA's Ethics Committee triggered its right to extend that sanction by a further 45 days in January.

It has now been found that Makudi, who served as a member of the FIFA Executive Committee for 18 years until last year, failed to comply with his ban and was still involved with FAT matters when he was supposed to be barred from all football business.

"Worawi Makudi, former President of the Football Association of Thailand (FAT) and a former member of the FIFA Executive Committee, has been sanctioned by FIFA’s Disciplinary Committee for failing to comply with a decision passed by the adjudicatory chamber of the independent Ethics Committee," said a FIFA statement.

"In October 2015, the Ethics Committee banned Mr Makudi from all football activities for 90 days.

"The Disciplinary Committee found that Mr Makudi was still involved in FAT affairs during this period - constituting a breach of article 64 of the FIFA Disciplinary Code - and has therefore decided to ban him from taking part in any kind of football-related activity at national and international level for a period of three months.

"The sanction is effective from 22 February 2016, the date on which this decision was notified."

The extension of Makudi's initial ban prevented him from standing for another term as FAT President, as the election was held on February 15.

Somyot Pumpanmuang, a former chief of police, was elected to replace him.

No reason has been given for Makudi's original suspension other than "a breach of the Code of Ethics".

It is thought that it could relate to alleged wrongdoing during the bidding processes for the 2018 and 2022 FIFA World Cups, which were awarded to Qatar and Russia respectively.

Makudi was an ally of Mohamed bin Hammam, the former FIFA Presidential candidate from Qatar who was banned from football for life over alleged financial mismanagement of Asian Football Confederation (AFC) accounts while President.

In July, a Bangkok criminal court sentenced Makudi to a suspended jail term of 16 months and fined him THB4,000 (£74/$113/€99) after he was found guilty of falsifying documents.

That case was closed after FIFA accepted documents allegedly showing Makudi donated the land to FAT.

In May 2011, Lord Triesman, the former chairman of the English Football Association, gave evidence in the British Parliament that Makudi had demanded the television rights to a friendly between England and Thailand in return for voting for England to host the 2018 World Cup.

Makudi then unsuccessfully tried to sue Triesman for libel, claiming that the allegations were not true.