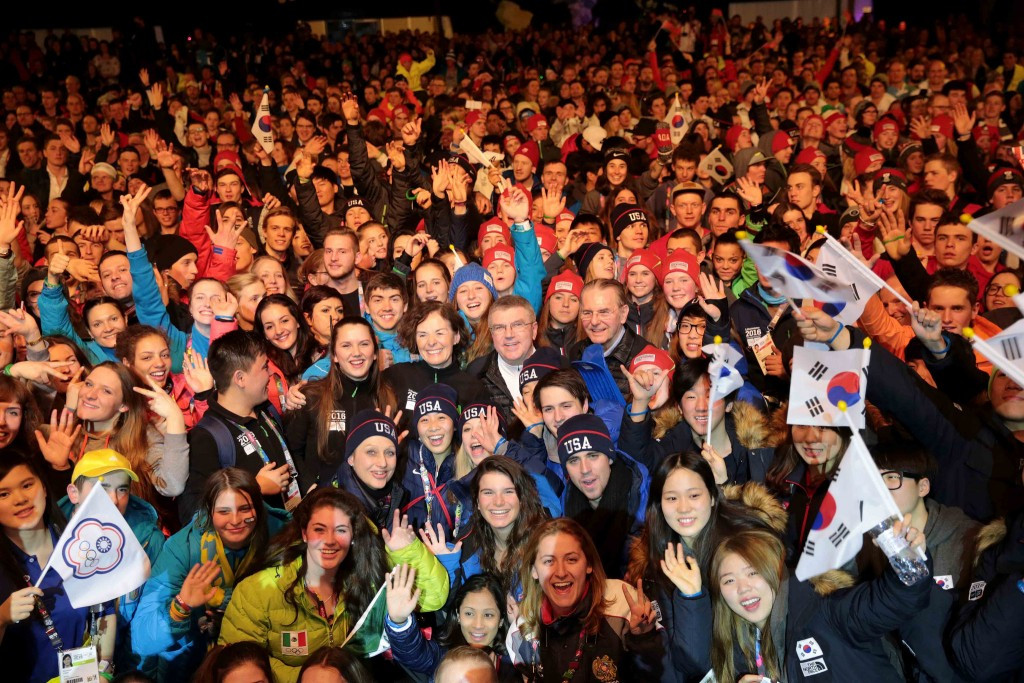 In a moment that is always poignant at any Olympic gathering, the Flame flickered and died here tonight after a magical 10 days of competition in the second Winter Youth Olympic Games.

As in Innsbruck four years ago, the Closing Ceremony was a modest affair.

This time organisers staged it indoors so that the arena could be converted into a party for the athletes once formalities were over.

Except that even the traditional rituals were conducted in a manner that was anything but formal.

International Olympic Committee (IOC) President Thomas Bach set the tone by appearing among them at the very start.

For those used to seeing him in the Royal Box with other dignitaries, this was a major departure.

The flags of the nations were paraded one last time, led according to Olympic tradition by Greece, while most of the athletes had gathered in an Olympic mosh pit in front of the stage.

Down in the centre of town, a huge crowd had gathered in the Sjogg Park itself where a young girl brought in an improvised torch.

The idea of children taking the light had been used effectively in the Closing Ceremonies for the Salt Lake City, Athens 2004 and even Sochi 2014; a clever variation as she proceeded to "Try the Sport" with a sled on the miniature slide.

A choir of volunteers sang the Norwegian national anthem ‘a vie Elsker dette Landet, which, translated literally, means "Yes we love this land".

There are many visiting these Games who will now feel the same way.

A pleasing Youth Olympic tradition began when these Games were inaugurated in 2010, with Singaporean swimmer Ng Rainer thanking the volunteers on behalf of all the competitors.

Here a group representing all volunteers, chosen by ballot, took to the stage in those distinctive green trousers to a roar of acclaim from all the athletes present.

Another Youth Olympic Games Closing Ceremony tradition, introduced at Nanjing 2014, is the taking of a pledge on behalf of all competitors.

The other young athletes in the crowd responded by raising their arms in salute to the oath; their electronic devices flashing in the darkness as the music returned for them to dance, quite literally a flash mob.

A string ensemble accompanied the lowering of the Olympic flag by more volunteers to the strains of the Olympic Anthem sung by Kelvin Lovas, a young Norwegian singer.

Young people from all the continents had joined Bach on stage at the Opening Ceremony and here too, there were words from young leader Runa Moller Tangstad, a volunteer herself.

“We are so many young volunteers here, that’s why I would take this opportunity to thank the more experienced volunteers who have shared their knowledge with us," she said.

"The results speaks for itself, and we have become a great team, these games have been so rewarding, and something we all can look back at with great affection."

Bach had decided not to give a formal speech but instead he came to the edge of the stage like a rock star during a gig.

“I think you will all agree that we had an awesome 10 days in Lillehammer and I guess that you are now ready to party, but before that we should all thank our wonderful hosts," he said.

The Games were officially closed and Lillehammer was no longer Olympic soil.

The ceremonial flag, passed from Innsbruck to Lillehammer four years ago, was now entrusted to Lausanne.

Mayor Daniel Brelaz knows the focus is now on his city, the "Olympic Capital", who will host the next Winter Youth Olympic Games.

Their 2020 vision will be all important if they are to emulate Norway.