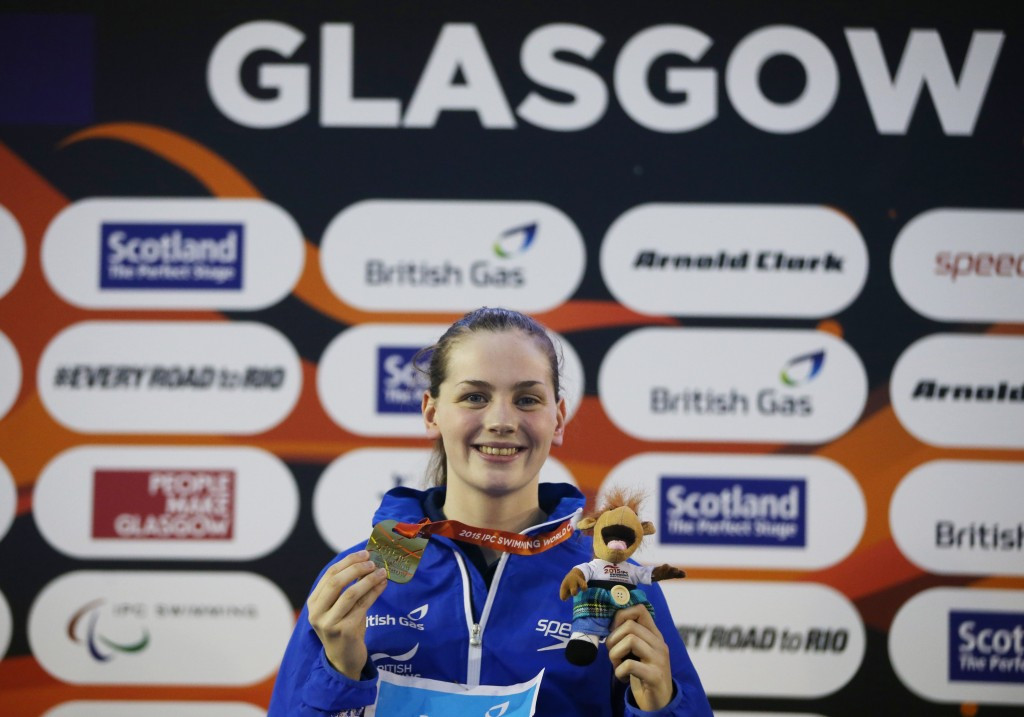 A study has claimed that the 2015 International Paralympic Committee (IPC) Swimming World Championships in Glasgow boosted the Scottish economy by £1.5 million ($2.1 million/€1.9 million).

The report was conducted by the Sheffield Hallam University and investigated the benefits associated with hosting the Championships, which were held at the Tollcross International Swimming Centre from July 13 to 19.

They found that a total of 98 per cent of United Kingdom spectators at the event were proud that Glasgow was hosting, while 89 per cent stated they would recommend the spectator experience to their friends and family.

Around 4,000 spectators watched the week long competition, which saw 582 athletes from 65 countries vie for medals.

Over 120 media representatives were also present to report on the seventh edition of the Championships, in what is the biggest event for Para-swimming outside of the Paralympic Games.

“Glasgow showed the world why it is regarded as one of the world’s top 10 sporting cities during an incredible 2015,” said Councillor Archie Graham, deputy leader of Glasgow City Council and chair of the charity Glasgow Life.

“Glasgow’s Year of Sport was one of the most memorable in our proud sporting history thanks to events such as the IPC Swimming World Championships.

“It was a stunning sporting showcase with 38 world records set in the pool at Tollcross International Swimming Centre.

“But more than that, it delivered significant economic benefits at a city and national level, which is great news for businesses and citizens alike.”

British swimmers pick up 32 medals, including 10 golds, as top level Paralympic swimming returned to Glasgow after the 2014 Commonwealth Games, with the event having been part of UK Sport’s National Lottery funded #EveryRoadtoRio campaign.

It was hoped the competition would boost the British athletes’ chances of qualifying for the Rio 2016 Paralympics due to competing in front of a home crowd.

The Championships were broadcast throughout the United Kingdom via Channel 4 and More4 television channels, with over 200,000 viewers watching coverage.

“The IPC Swimming World Championships was a fantastic opportunity for Glasgow to host another world class sporting event, and as predicted the city did not disappoint,” he said.

“The global coverage put Glasgow in the spotlight once again, following the enormous success of the 2014 Commonwealth Games, and showcased what a fantastic city it is, not only as a host of major sporting events but also to visit.

“Through strong collaboration between our partners and EventScotland, we have again proved that Scotland is the perfect stage for events.

“With an annual value of £3.5 billion ($5 billion/€4.5 billion), events play a key role in our success as a tourism destination by attracting more visitors, raising our international profile and generating hundreds of millions of pounds for the country’s vital visitor economy.”