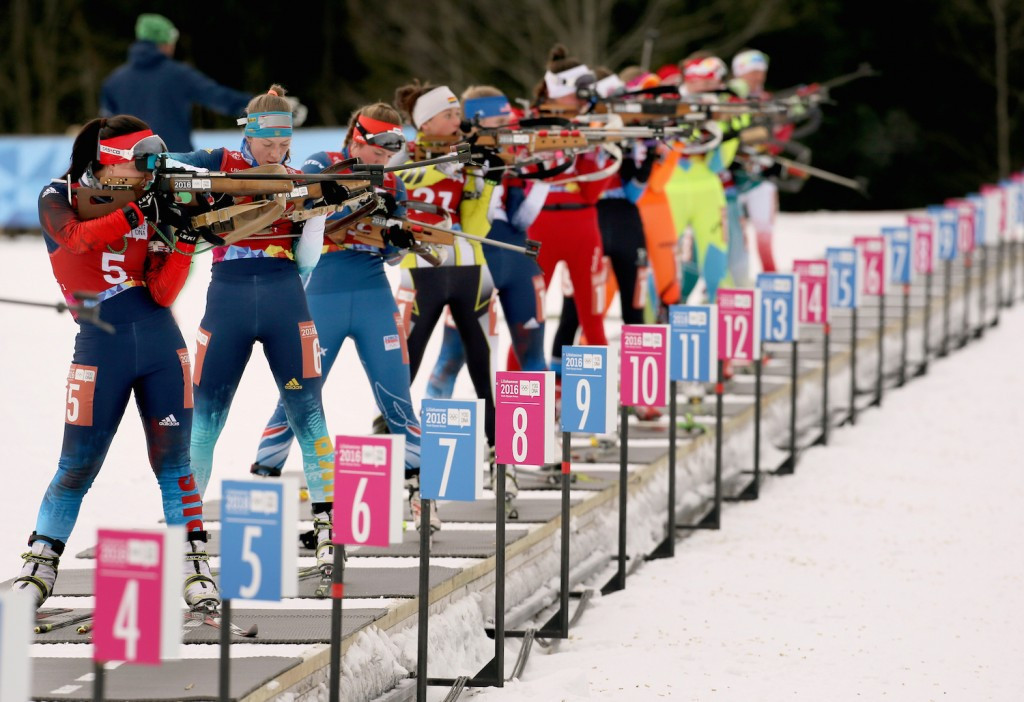 China claimed a shock victory in today's single mixed biathlon relay at Lillehammer 2016 to show they are already making progress towards their aim of using the Beijing 2022 Winter Olympics to improve their sporting performances.

Teams featured one male and one female skier, with each competing the course twice in a mass start format and shooting four times in total.

Meng Fanqi put the team in the lead after leg one only for them to slip down to 10th after her male team-mate Zhu Zhenyu had competed.

Another strong performance by Meng pulled the team into fourth place, just 3.6 seconds off the lead, before Zhu hold his nerve superbly to bring the team home in 41min 35.4sec.

This secured victory over Fredrik Qvist Bucher-Johannessen and Marthe Krakstad Johansen of Norway by a mere 0.2 seconds.

Ekaterina Ponedelko and Egor Tutmin of Russia claimed bronze, 14.9 seconds off the pace.

China had never claimed a Winter Olympic medal before and had managed just three silver medals in the all-time history of the senior-level World Championships, although Cheng Fangming claimed Winter Youth Olympic gold and bronze at Innsbruck 2012.

Improving in sports like biathlon was a key legacy target of the Beijing 2022 bid, which overcame the bid of Kazakhstan rival Almaty by four votes at July's International Olympic Committee (IOC) Session in Kuala Lumpur.

They are also working with other more established biathlon nations, such as Czech Republic, in order to gain more experience.

“I am very surprised that we won,” said Meng.

“We haven’t been good over the last few days and I didn’t expect to get a medal.

"But we were very steady and strong in the shooting element.

There will now be four biathlon rest days until the four-person mixed relay ahead of the Closing Ceremony on Sunday (February 21).