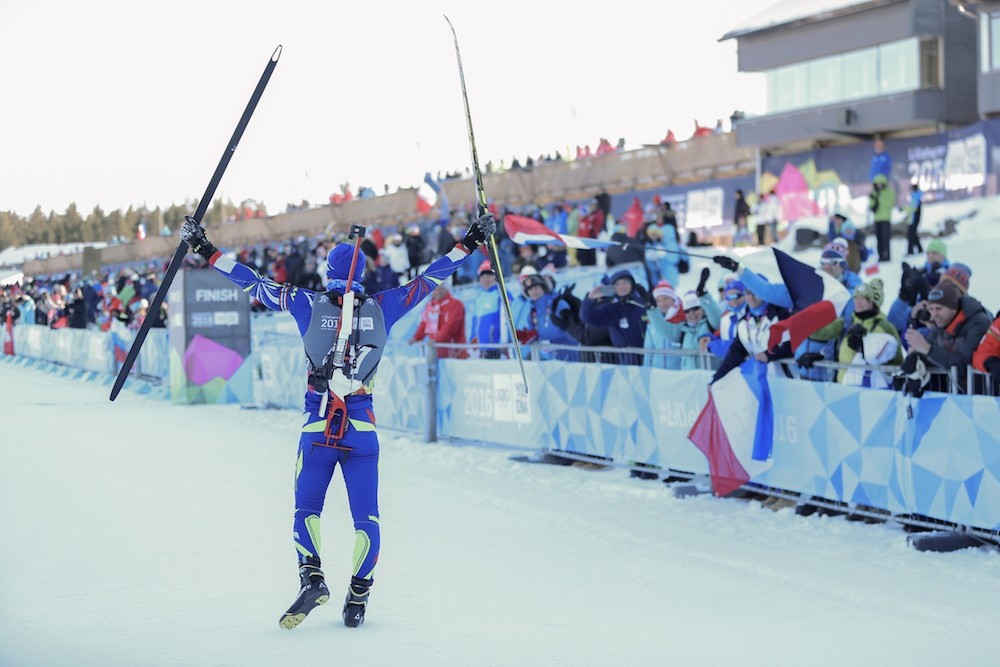 Lillehammer-born Sivert Guttorm Bakken used his home advantage to take the lead early on and set a time of 19min 08.6sec.

Igor Tutmin of Russian was the only man who came close to challenging the home hope, getting within 11 seconds, although the presence of Claude out on the course was always a worry.

As he approached the home straight in the time trial format after shooting a perfect 10 out of 10, it still seemed touch and go.

A superb sprint then saw him cross in 19:01.50 for a seven second victory before immediately sinking to the floor in exhaustion.

Bakken took silver and Tutmin held on for bronze.

The 16-year-old followed on from his elder brother, Fabian, a bronze medallist in the biathlon mixed relay at the inaugural Winter Youth Olympics in Innsbruck four years ago.

“In lap three, in my head it was ‘maybe I win, maybe second'," the winner today said.

"I wanted to ski before thinking [about the result].

"But when I finished and saw that I was first, I thought, ‘Wow’.”

Germany won their first gold medal of the Games in the women's 6km sprint event, triumphing in 18:23.50 after withstanding a strong challenge from two of the last competitors to finish.

Ukraine's long-time leader Khrystyna Dmytrenko had to settle for fourth in 18:46.7.