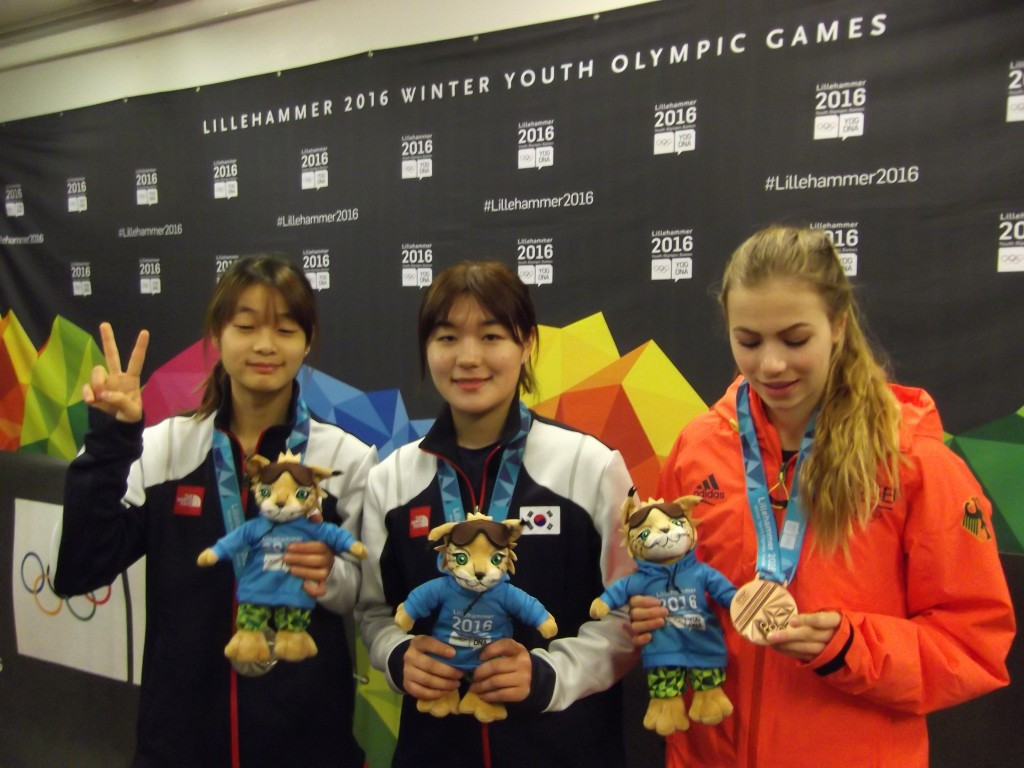 As locals fished on the ice of the frozen Fjord nearby, the South Koreans enjoyed a first bumper harvest inside the Olympic Cavern Hall here as they claimed gold medals in both men’s and women’s 1,000 metres events here today.

Kim Jiyoo clocked 1min 34.041sec to take the women's title ahead of her compatriot Suyoun Lee, who finished in 1:34.118, while Anna Seidel of Germany came through to clinch bronze.

The venue here is hewn into the mountainside for ice hockey events and was built for Lillehammer 1994.

They surely marveled at the success of South Korea, the kings and queens of speed skating.

“I did not think I would win but I am happy," Kim said.

"I was really nervous and when I was practising, I was not in the best shape, that’s is why I am so happy to get it."

"My family encouraged me a lot and said positive things before I came here."

"It is an honour to compete in the Youth Olympics and especially to get a gold medal."

In the men's race, Daeheon Hwang clocked 1.28.022 to cross the line in front of China’s Ma Wei and Liu Shaoang of Hungary.

Ma was hot on the tail of the South Korean competitor as he finished in 1:28.082, while the Hungarian was 0.105 seconds behind the winning time.

“I was quite fast at the beginning and I was actually very patient in the race," Hwang said.

“I train about five or six hours a day, that is a lot of training so I am glad it has paid off.

"It is really like a dream I am very excited."