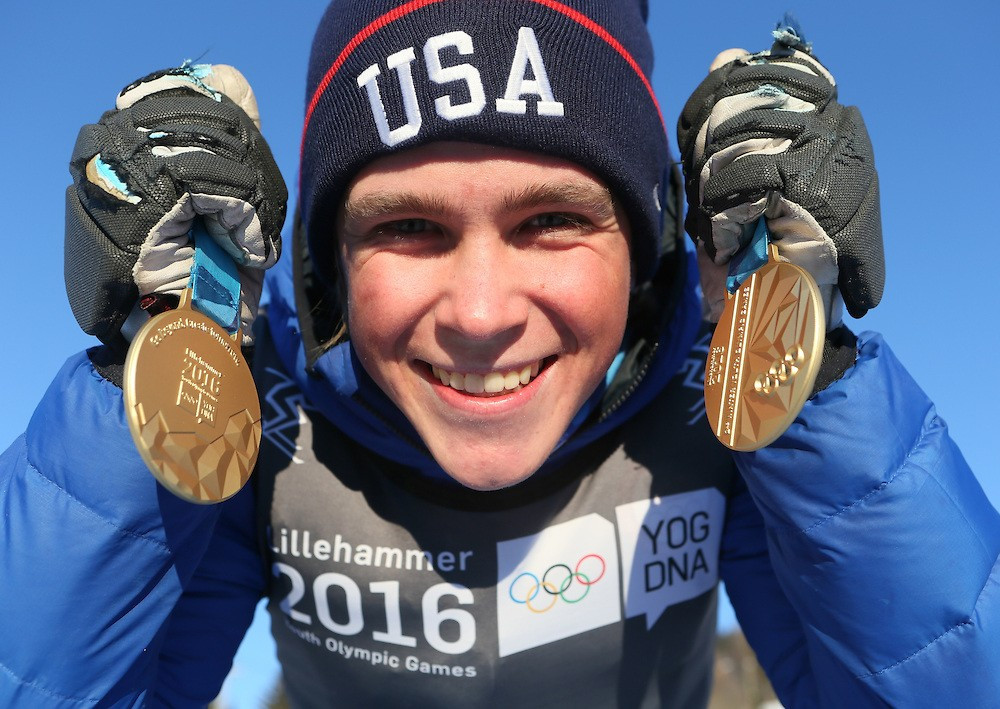 River Radamus of the United States asserted his Alpine skiing dominance once again as he added the combined title to his super-G crown to secure his second gold medal at the Winter Youth Olympic Games here today.

Radamus, who turned 18 on Friday (February 12), produced the quickest runs in both the super-G and slalom races to top the podium with an overall time of 1min 52.87sec.

His pace in both sections of the combined event proved too hot for the rest of the field to handle, though he was pushed all the way by Austria's Manuel Traninger, who was just 0.07 seconds off the pace in the silver medal position.

Italian Pietro Canzio clinched the bronze medal as he clocked a combined 1:53.65.

He had also won a silver medal behind Radamus yesterday.

The day, though, belonged to the formidable American, who could depart the second edition of the Winter Youth Olympic Games with a haul of four gold medals.

He is due to compete in the giant slalom and slalom events later in the week.

“I came here with no expectations and I just wanted to compete,” Radamus said.

“I had a really great first run and built up a solid lead but I knew the competition would be fierce in the slalom.

“I had a few bobbles but I was able to eke out the win.”

Her team-mate Melanie Meillard, quickest in the super-G before being overtaken by Danioth in the slalom, had to settle for silver as she was 0.38 seconds slower.

The bronze medal went to Germany’s Katrin Hirtl-Stanggassinger, who finished in 1:57.25 to edge super-G gold medallist Nadine Fest of Austria.

Meillard had laid down a marker in the super-G, completing the course in 1:13.44, giving her a lead of 0.15 seconds going into the deciding slalom race.

Danioth, however, performed when it mattered as she powered down the slalom in 42.15sec to beat her compatriot.