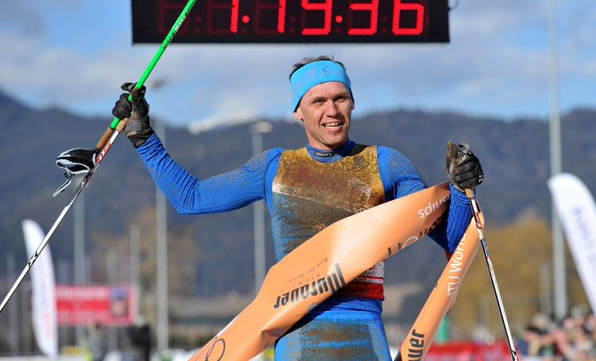 He broke clear along with his compatriot Evgeny Kirillov during the cycle.

The pair remained together throughout the duration of the skiing event, with Kirillov following his compatriot’s tracks and looking poised to launch an attack.

Kirillov was just 15 seconds behind to take the silver medal.

There was a long gap to the bronze medallist Giuseppe Lamastra of Italy, who finished in 1:21:07.

She broke away from the field with team-mate Olga Parfinenko in the run and moved clear of the European champion during the course of the bike leg of the event.

Surikova had built up a one minute advantage heading into the final discipline and continued to pull away, sealing the gold medal in 1:27:30.

Parfinenko was comfortably able to take the silver medal in 1:29:32.

Austria’s Romana Slavinec won the bronze medal, finishing in a 1:32:07.

The Championships are due to continue tomorrow with a series of age-group races.