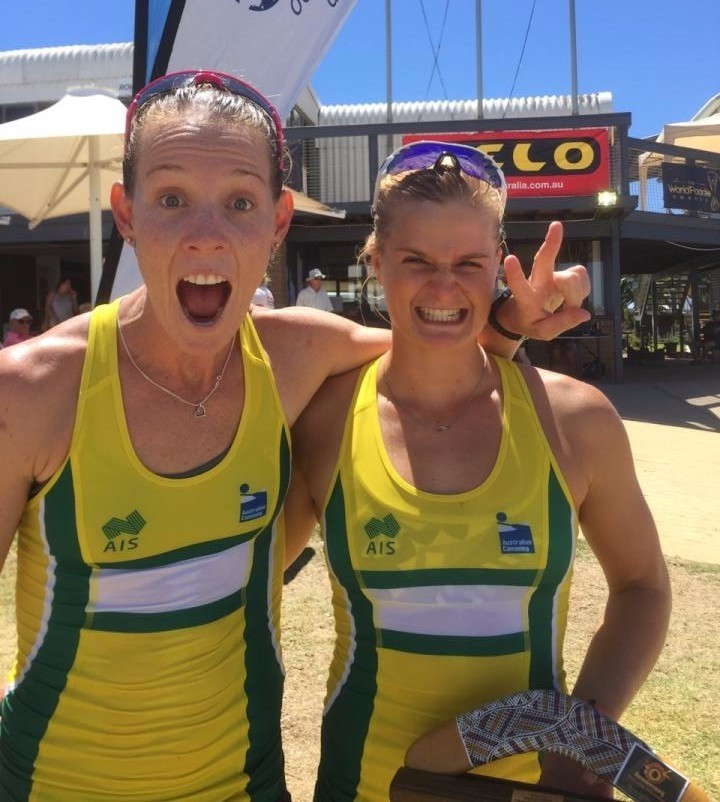 Australia's Alyssa Bull and Alyce Burnett rounded off a successful opening day of racing for the hosts at the Oceania Canoe Sprint Championships in Adelaide, securing two Olympic quotas with victory in their K2 500 metres heat.

The pair dominated the race from start to finish, clocking a time of 1 min 44.38sec to finish 2.42 seconds ahead of fellow Australians Cat McArthur and Jaime Roberts.

Bull and Burnett’s heat triumph sees them advance to the K2 500m A final tomorrow when they will go head-to-head with compatriots Naomi Flood and Jo Brigden-Jones in a battle to win the first of two Olympic selection trials.

Brigden-Jones was one of four other members of the Australian team that earlier helped secure Olympic quotas along with Steve Bird, Marius Florian and Jason Nejman.

The London 2012 Olympian held off challenges from her team-mate Alana Nicholls and Burnett to successfully defend her K1 200m title with a time of 42.08sec.

Just 0.11 seconds separated the top three as Brigden-Jones finished 0.06 ahead of Nicholls in a photo finish.

"It is definitely great to have three girls crossing the line together," said the winner.

"I think the higher competition we have domestically puts us in a good sport internationally when we go race other girls over there as they are so fast as well so having to step up to this level now in February is going to help all of us which is pretty exciting."

Brigden-Jones and Bird had already secured two Olympic quotas for Australia by this point, while Florian and Nejman ensured two men’s canoe quotas, subject to a validity check by the International Canoe Federation, following their victory in the C2 1,000m heat in 4:08.26.

In other results, Australia’s Ken Wallace, Lachlan Tame, Murray Stewart and Jacob Clear began their pursuit of Olympic selection with victory in the K4 1,000m final.

The quartet posted a time of 2:58.24 to finish 2.45 seconds ahead of compatriots Riley Fitzsimmons, Joel McKitterick, Daniel Bowker and Jordan Wood.

Wallace and Tame also teamed up to win the first K2 1,000m heat and advance to the A final, where they will face Fitzsimmons and Wood.