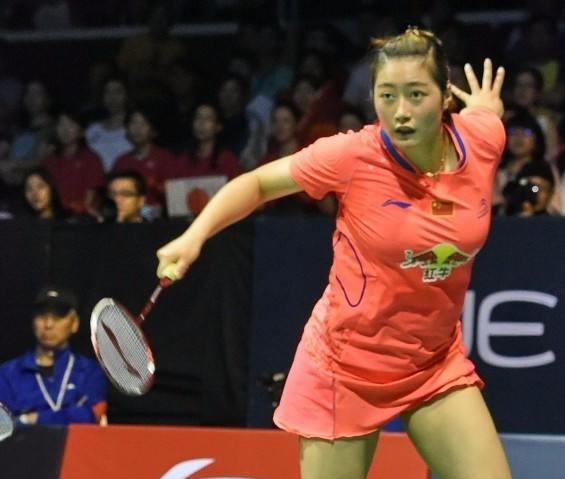 China's Yu Xiaohan, has received a seven-month suspension from the Badminton World Federation (BWF) after testing positive for a banned performance-enhancing drug.

She is free to compete immediately, however, because her ban has been backdated to last July.

Yu was stripped of the two silver medals she won at last year's Summer Universiade after she failed an in-competition test for banned diuretic furosemide.

She had won her silver medals in the women's doubles and mixed team events at the Games in the South Korean city,

Yu, a former Singapore Open champion, claimed she had ingested the prohibited substance in a supplement had been taking and should receive a reduced sentence.

Following arguments and evidence from Yu’s legal representative, the BWF Doping Hearing Panel decided to ban her for only seven months, instead of four-years which they could have done under the World Anti-Doping Code.

“In the athlete’s favour, it is the Panel’s opinion that Ms Yu did not take the pill to cheat or to gain a performance-enhancing advantage," a BWF spokeswoman said following the hearing.

Yu's sentence was backdated to the time of the offence on July 12 last year, meaning her ban will officially end today and she can resume competing tomorrow.

The World Anti-Doping Agency (WADA), however, could still review the decision and appeal to the Court of Arbitration for Sport for a longer sanction.

"We will review the reasons for the decision and subsequently decide whether or not to use our independent right of appeal to CAS," a spokesman for WADA told insidethegames.