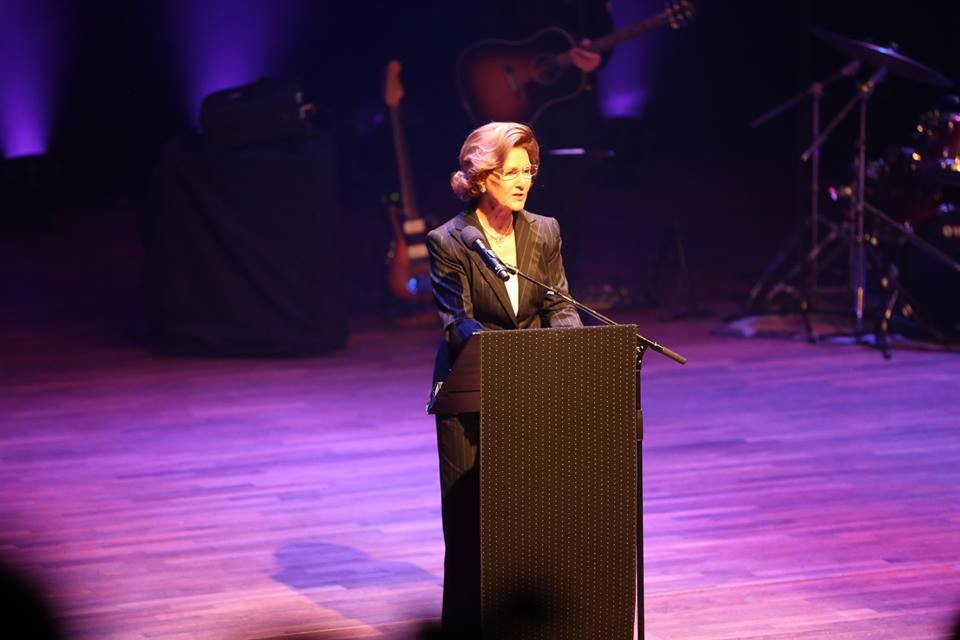 Queen Sonja did so by sharing her own memories of watching the 1952 Oslo Games as a schoolgirl.

“This was quite an experience for a 14-year-old," she said.

"It was a great inspiration - it taught me to be not afraid of great heights.

"Try and try again until you reach your goal."

The Queen revealed that even her honeymoon was Olympic as, at the 1968 Games in Mexico City, her husband King Harald V was a competitor in the sailing event.

“He lived in the Olympic Village, I stayed in a hotel with his family - that was my honeymoon,” she said.

The Norwegian Royal family have always supported the Olympics with a special fondness for the 1994 Winter Games, widely considered as one of the best-ever editions of the event.

“I must admit the Games in Lillehammer were quite extraordinary," Queen Sonja added.

"The air was ice, but I will never forget the wonderful atmosphere even though it is now 22 years ago.”

The guests in the new museum were given a reminder of the Olympics 22 years ago, with the theme song for the event 1994 Fire in your heart,made famous by Norwegian singing star Sissel and Placido Domingo.

He also delighted the audience with Summon the heroes - John Williams’ much loved Olympic theme from Atlanta 1996, a particularly appropriate soundtrack here.

“It brings together the past and the future," Bach said.

"You should be proud of a great Olympic Winter Games and I am sure we will have a successful Youth Games."

Bach then offered some tongue-in-cheek advice to Lillehammer’s 1994 President and chief executive Gerhard Heiberg, now an IOC member, after learning that a statue of the Norwegian was potentially in the offing.

“If people try to convince you the best place for you is a museum, it can mean many other things," he joked.

The Museum features a cavalcade of Norwegian sporting royalty in Olympic and Paralympic sport.

All the greats are celebrated at the Museum, from Sonja Henie, Olympic figure skating champion at three consecutive Games from 1928 to 1936, to eight-times Olympic biathlon champion Ole Einar Bjørndalen, who has chosen not to attend the event here, despite being an IOC member.