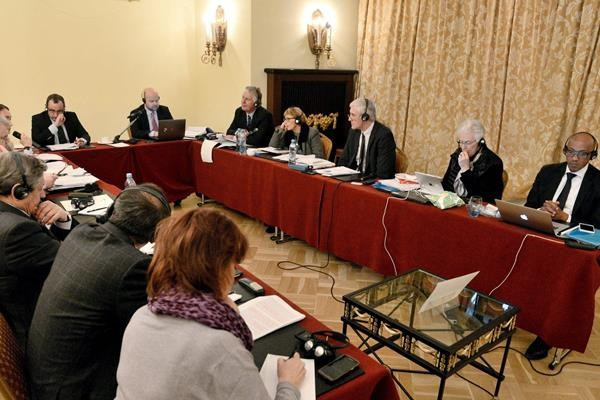 Russia is set to receive another visit next week from the International Association of Athletics Federations (IAAF) Taskforce monitoring its reforms.

The IAAF Taskforce has already visited Moscow twice since the All-Russia Athletics Federation (ARAF) was banned last November following publication of a report from the World Anti-Doping Agency Independent Commission.

The visit by the Taskforce was confirmed by Mikhail Butov, secretary general of the ARAF, in an interview with Russian news agency TASS.

The IAAF Taskforce delegation paid its first visit to Moscow on January 11 and 12 meeting in the Russian capital with members of the Interim Coordination Committee (ICC) of the Russian Olympic Committee (ROC).

The second delegation from the Taskforce, which also includes Namibia's four-time Olympic silver medallist Frankie Fredericks, a member of the IAAF Council, visited the Russian capital on January 25 and 26.

Following the first visit, the Taskforce's chairman, Norwegian Rune Andersen, claimed there was a "determination to effect real and lasting change in Russian athletics".

Russia's athletes currently face the prospect of being unable to compete at this year's Olympic Games in Rio de Janeiro unless the ban is lifted in time.

The IAAF Council are expected to discuss the matter at its next meeting in Monte Carlo on March 10 and 11.

Russian athletes continue to be banned after failing drugs tests, however.

The latest is Yulia Zaitseva, a 31-year-old sprinter, who has been suspended for four years following a positive test.

Zaitseva was ranked among the lower tier of Russian athletes.