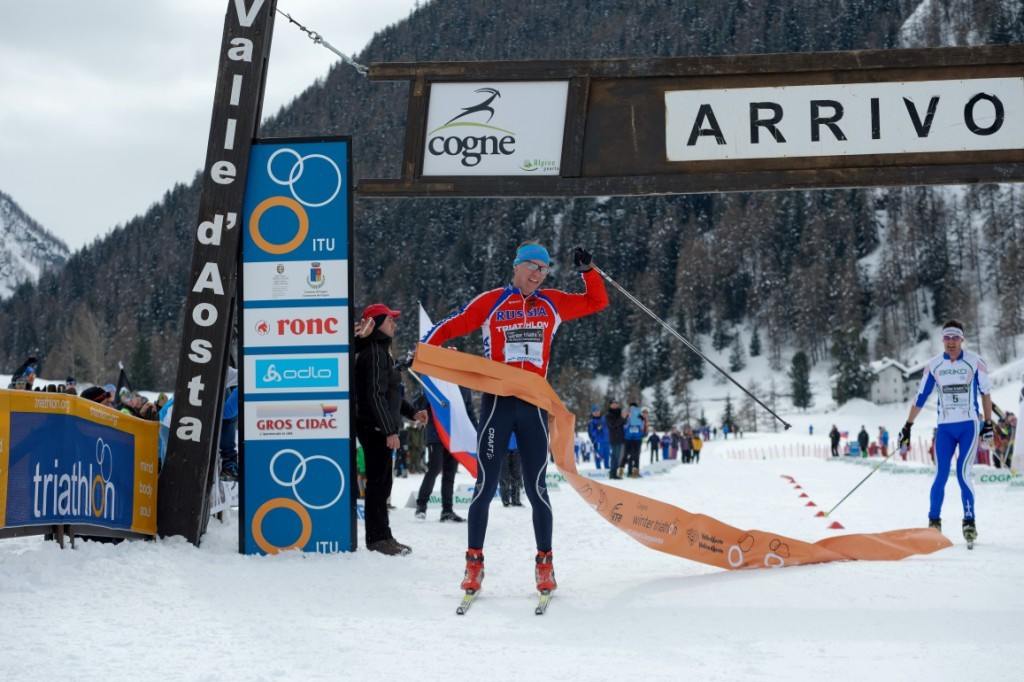 Russia’s Pavel Andreev will be looking to defend his title for a fifth consecutive time at the International Triathlon Union (ITU) Winter World Championships in Zeltweg in Austria.

One of the more experienced veterans on the field, Andreev is coming off a strong win at last month’s European Triathlon Union (ETU) Winter Championships in Otepää in Estonia.

Another name to look out in an event is Italian Daniel Antonioli, who finished second at the 2014 World Championships in Cogne, but nearly took the title away after forcing Andreev into a sprint to the finish line.

Dmitriy Bregeda finished behind team-mate Andreev in the 2015 Russian National Championships, so could have a significant impact in the overall positions.

Russia’s other competitors, Pavel Yakimov and Evgeny Kirillov, are also strong contenders and could put their country in a good position to sweep the podium.

Hosts Austria are the most frequently represented country on men’s start list with seven competitors, including national champion Gernot Grillmaier.

Russia are also expected to perform well in the women’s competition with Olga Parfinenko among the frontrunners.

On the circuit since 2013, Parfinenko took home the silver medal at the 2014 World Championships and won two consecutive events in 2015, including the Quebec S3 World Cup and the Russian National Championships.

She also has one victory under her belt this season having triumphed at the ETU Winter Championships ahead of compatriot Yulia Surikova, who could potentially make a challenge in Zeltweg.

Austria’s national champion Romana Slavinec, bronze medallist in Otepää, could be the one to claim the gold for the host country.

The other Austrian competing is Nathalie Alexander, who will fancy her chances despite having the least amount of racing experience of her counterparts.

Romania’s Monika Koncz, meanwhile, will be looking to add the title of world champion to her national crown.

Elite and under-23 world titles are up for grabs over a six kilometre run, 12km mountain cycle and 9.6km ski, with junior athletes and Para-triathletes set to compete over shortened distances of the same course.

The weekend will also see age group athletes race in the hunt for world titles and the elite competitors take part in mixed relay.

The first ITU Winter World Championships were held in Mals in 1997, and it was two Italians, Paola Riva and Maria Canins, who came out on top on home snow.

There have been 17 editions of the event in the first 25 years of ITU history, with Austria, Italy, Germany, Russia and Norway dominating the podium.