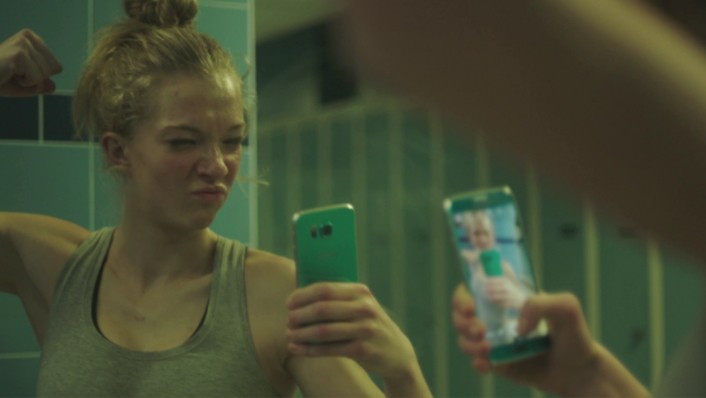 Samsung has launched a powerful advert to celebrate the Winter Youth Olympic Games, due to start here on Friday (February 12), featuring a number of young athletes.

The South Korean company, a longstanding member of the The Olympic Programme (TOP) sponsorship scheme in the wireless equipment category, has produced the 96-second film with the help of its European agency  72andSunny Amsterdam.

The film is at first full of questions and self-doubt.

"Maybe this is the end ... maybe I should just give up," as we see gruelling scenes of training, accidents and sweat, but gradually it becomes more motivated.

"Maybe this will be what pushes me," as the spot builds up to its climax of a terrifying-looking ski jump.

Among those featured are Norwegian cross-country skier Vebjørn Hegdal, who is due to compete here.

In addition to Vebjørn, there’s Astrid Moberg, a young ski jumper from Sweden, and Ian Rocca, an Italian Alpine skier, and many more.

The video also tries to position Samsung mobile devices as an integral part of young athletes lives, whether it is for taking selfies, posting training videos, posting supportive messages and “likes”, sharing photos and more.

A special hashtag #TheOnlyWayToKnow has been set-up by Samsung to promote the video.

Since being launched yesterday it has already had over four million views on YouTube.

It will provide daily virtual reality highlights of sports including speed skating, snowboarding and ski jumping.

A live stream of the Opening Ceremony will also be provided, although viewers will require the Gear VR paired mobile virtual reality device developed by Samsung Electronics in collaboration with Oculus VR.

This is compatible with a Samsung smartphone.

Three studios - named the VR Bus, VR Monument and the VR Station - will be set up in various locations around Lillehammer to provide virtual reality experiences to youngsters, spectators and athletes.