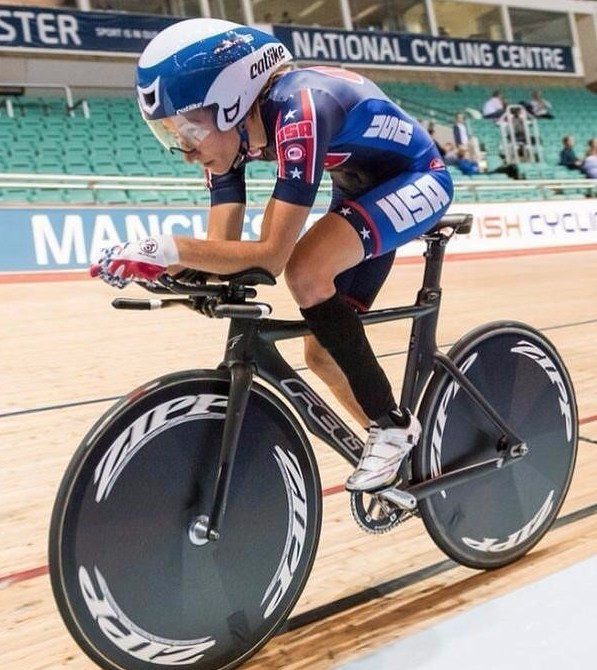 Berenyi will head to the competition, due to take place from March 17 to 20, with the aim of defending the two titles he claimed at last year’s edition in Apeldoorn.

He also secured a silver medal in the men’s scratch race.

Megan Fisher, Allison Jones and Shawn Morelli also medalled for the women’s team in 2015 and they will be joined by Samantha Bosco, Shawn Cheshire, Mackenzie Woodring and Jennifer Schuble.

The majority of the men’s team will be hoping to secure places on the podium for the first time at the Championships, with Todd Key and William Lister due to represent the American team in C1 competitions, while Aaron Keith will take part in C2 events.

Jason Kimball is due to join Berenyi in the C3 competitions, with Justin Widhalm and Scott Martin competing in the C4 and Christopher Murphy in C5.

The team is completed by Chester Triplett, who will be joined by his pilot Kyle Knott in the men’s visually impaired events.

Ian Lawless, high performance director for US Paralympics Cycling, believes the Championships will provide the squad with a key test ahead of Rio 2016.

“We’re very excited to showcase why we’re the top-ranked team in the world in Italy,” he said.

“This will be the final opportunity on the track to see where we are against the world’s best before Rio this summer.

“Our team has a strong foundation with two reigning track world champions and we hope to crown more in March.”