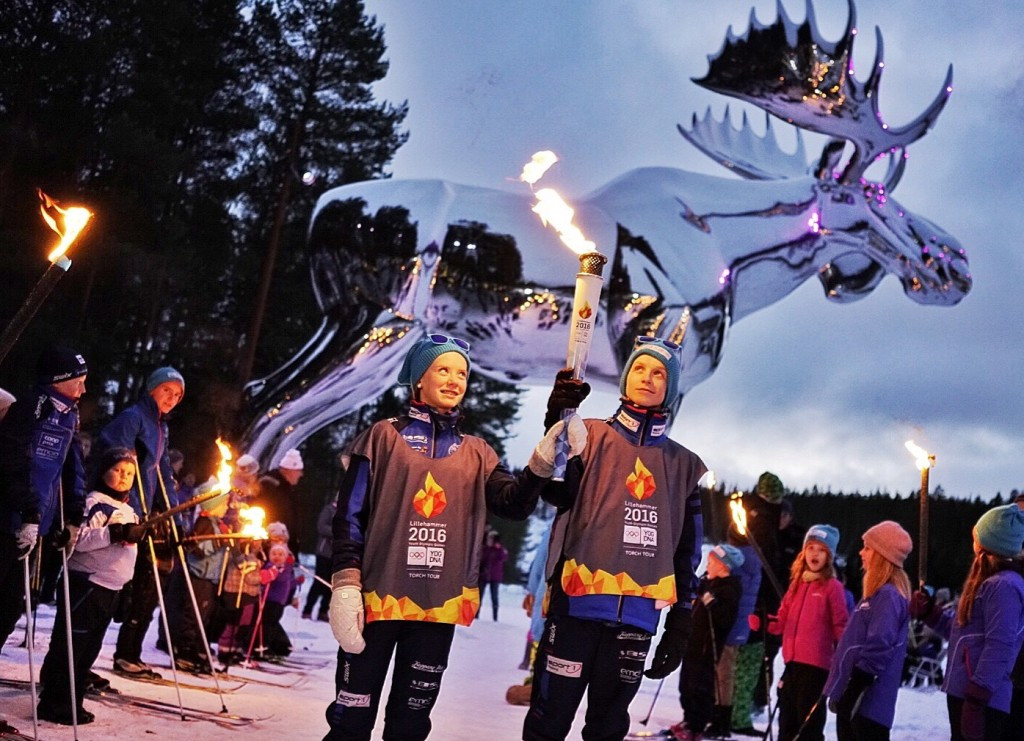 The Lillehammer 2016 Torch has continued its journey towards the Norwegian resort today, visiting three towns in the country ahead of the Winter Youth Olympic Games Opening Ceremony here on Friday (February 12).

The route began this morning in Otta, located around one-and-a-half hours outside of Lillehammer, where a special event was held.

It was attended by around 5,000 people and included a speech from former Norwegian professional footballer Jan Åge Fjørtoft, scorer of 20 goals in 71 appearances for his country during a career which included spells in England, Germany and Austria.

Lars Berger, who represented Norway in the Olympics at Vancouver 2010, then led a biathlon session for those in attendance before the Torch began its journey to nearby Koppang.

More than 400 people came out to greet the Flame in the small town, which has a population of  around 1,200.

It then continued to Elverum, where a makeshift cross-country slope had been created outside one of the area’s hotels, the Scandic Elgstua, graced by 200 children who were there to celebrate the arrival of the Youth Olympic Flame.

The route today came after the Torch visited Gjøvik, where a short relay took place last night, which attracted 2,500 people, according to organisers.

The town is due to stage short track speed skating competitions during Lillehammer 2016, which will be held at the Gjøvik Olympic Cavern Hall.

The venue staged 16 ice hockey matches during the Winter Olympic Games in Lillehammer in 1994.

Trysil, a municipality based in the Hedmark county of Norway, will be the next stop on the Torch Relay, with another event due to be held there tomorrow.

“I am over the moon by the success of the torch tour,” Lillehammer 2016 chief executive Tomas Holmestad told insidethegames.

“Not only because we are raising awareness and celebrating Olympism, but above all because the Torch has celebrated young leaders around whole Norway and shed its light in youth leadership.

“This is for me what the Youth Olympic Games is all about – developing the heroes of tomorrow.”