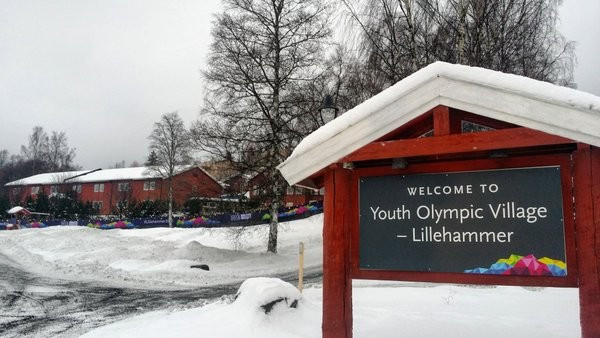 Concerns over unusually wet and warm weather are dominating the final stages of preparations for the Winter Youth Olympic Games here as athletes continue to arrive with just three days to go until the Opening Ceremony.

Temperatures were expected to be as low as minus 15 degrees celsius during the Games, but have instead risen above freezing in recent days.

A lot of rain has also fallen, and is expected to continue to do so until the event is scheduled to open on Friday (February 12).

This is creating slippery conditions in many of the sporting facilities.

The weather also brings challenges for the Opening Ceremony, where snow is expected to be a major component.

A slippy stage could make it difficult for performers, it is feared.

"The last 60 hours has been extremely demanding for us, with weather we have not seen in Lillehammer early February for decades." Lillehammer 2016 chief executive Tomas Holmestad told insidethegames today.

"This has given us challenges downtown in the Sjoggpark, where much of the snow is gone, but also on the Opening Ceremony venue, with our parking lots and in the Stampesletta area, by the Youth Olympic Village.

"However, we have taken a lot of measures, and from tonight we will have more stable weather conditions, and we will manage to be ready by Friday."

Around 4.9 millimeters of rain is expected to fall over the weekend, although temperatures are expected to drop afterwards.

"We've done what we can to ensure this is not be a problem," Holmestad also told local broadcaster NRK.

"I'm not worried that we will not reach the finish, but this makes it a little more challenging than it would be if the weather had been more stable.

"We have not planned that there had to be sun that we might reach our goal with Youth Olympic Games, but we had wished for it."

Several contingents of athletes begun to arrive here today, with Canadian and Australian team members among those arriving.

More than 1,000 athletes from 71 countries are expected to compete in 70 events in the Games which are scheduled to finish on February 21.