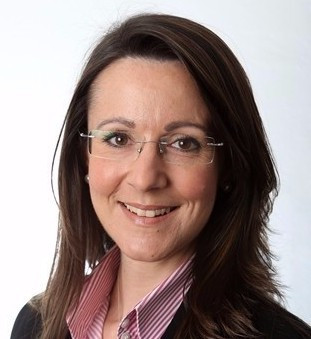 Sally Bolton has stood down as managing director of the Organising Committee for the London 2017 International Association of Athletics Federations (IAAF) World Athletics Championships, it has been announced today.

Bolton, who joined the organisation in May 2014 having previously worked on the 2013 Rugby League World Cup, played in the United Kingdom, departs less than a week after two Board members also relinquished their roles amid reports of a power battle with London 2017 chair Ed Warner and chief executive Niels de Vos.

No specific reasons were given for Bolton's departure in a short statement today.

"I'm incredibly proud of the work that has been completed in achieving the early milestones that lay the foundations for the event's success," she said.

"I wish the team well in what is going to be an exciting 18 months, and I look forward to seeing some amazing sport take place at next year's Championships."

The departing members reportedly became disillusioned with various aspects of Warner and De Vos' leadership, including over a possible conflict of interest with their dual roles at UK Athletics, where Warner is chairman and De Vos chief executive.

Interests of UK Athletics were prioritised over those of London 2017, it was claimed.

insidethegames was told last week, however, that Hancock and Stewart effectively walked before they were pushed after having unsuccessfully attempted to overthrow Warner and assume control.

Bolton's departure is thought to relate to a similar dispute.

"Sally has successfully laid the foundations for what will be the best ever World Championships next year and we wish her well for the future," claimed Warner in today's statement.

insidethegames understands that a full governance review is currently ongoing in conjunction with the IAAF, with results due to be finalised and published in the next few days.

A more central role for other stakeholders, such as the Greater London Authority, is also being considered.

The leadership role played by UK Athletics is expected to remain unchanged, however.

There are currently only 11 active offices listed under London 2017 Ltd at the Companies House register.

IAAF President Sebastian Coe, who is also thought to hold a tense relationship with Warner after the latter claimed a IAAF Council whistleblower had told him of "brown envelopes" being handed out by Qatari officials in the latter stages of Doha's unsuccessful bid against the British capital in 2011, is a former member but resigned from the post last year.