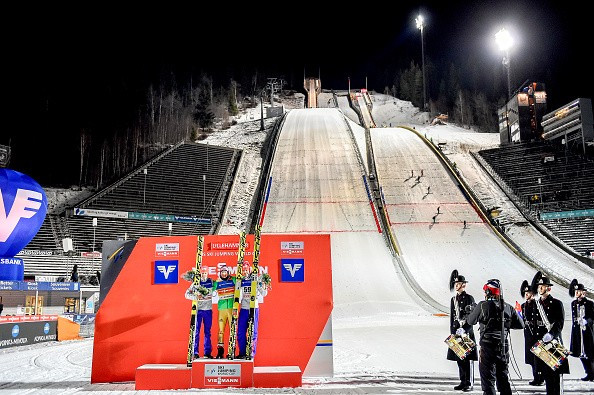 Over 80 per cent of International Olympic Committee (IOC) members are reportedly due to attend some stage of the Winter Youth Olympic Games starting here on Friday (February 12).

It will be a major test for the organisation in Norway after capital Oslo's bid for the 2022 Winter Olympics and Paralympics was abandoned in 2014 amidst vociferous opposition, much of it personally focused around the IOC and its President, Thomas Bach.

Seventy-five of the 92 current members are due to attend at some point during the Games, Norwegian broadcaster NRK has reported.

insidethegames has been told that Bach - who attended the whole of the 2014 Summer Youth Olympic Games in Nanjing - is due to arrive tomorrow.

A list of supposedly "pompous" IOC demands - including providing "fruit and cakes of the season" in members' hotel rooms - were circulated in the Norwegian media in the latter stages of Oslo's doomed bid before it was abandoned in October 2014.

Other instructions reportedly included a mandatory cocktail reception with the King of Norway before the Opening Ceremony, as well as the IOC President being welcomed on the runway on arrival and IOC members having a separate entrance and exit to and from the airport.

The IOC, meanwhile, blamed Oslo 2022 for the "missed opportunity" following the withdrawal, with executive director for the Olympic Games Christophe Dubi criticising the bid's leaders for failing to properly brief politicians.

Lillehammer 2016 chief executive Tomas Holmestad has predicted how the Games will create new enthusiasm for the Olympic Movement in Norway.

Similar sentiments were expressed by Norwegian IOC member Gerhard Heiberg, who claims Olympic officials will be attracted by memories of the Lillehammer 1994 Winter Olympics, widely regarded as one of the best Games in recent decades.

A successful event could pave the way for a potential 2026 Winter Olympic bid from the Norwegian resort, he claims.

"There is a huge interest," Heiberg told NRK.

"It is the word 'Lillehammer' that attracts IOC members.

"Hopefully IOC members witness [an] amazing 10 days, and that will help Lillehammer greatly if they were to try to get the Olympics in 2026."

Many members are only expected to attend for several days around the start of the Games.

Others, particularly those representing in winter sports, are set to be there for far longer.

This should include Lillehammer 2016 Coordination Commission chair and United States ice hockey legend Angela Ruggiero, as well as two-time skeleton Olympian Adam Pengilly, who is Chef de Mission of the British squad.

It remains to be seen how great a role, if any, will be played by Norway's second IOC member, eight-time Olympic biathlon champion Ole Einar Bjørndalen.

He was elected onto the IOC Athletes' Commission at Sochi 2014, but has failed to attend either of the subsequent IOC Sessions in Monte Carlo and Kuala Lumpur.