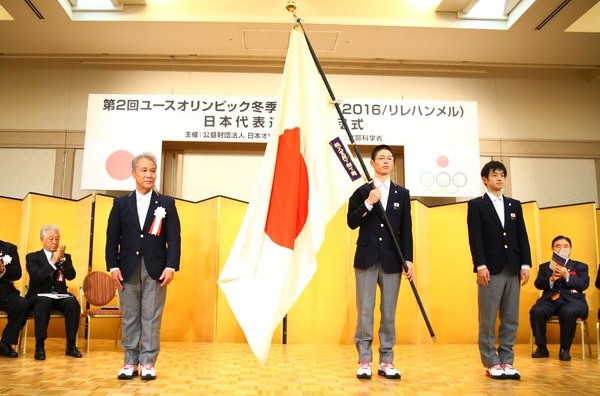 A ceremony has taken place in Tokyo to mark the departure of the Japanese team for the Winter Youth Olympic Games, set to begin in the Norwegian resort of Lillehammer on Friday (February 12).

Seventeen male and 14 female Japanese athletes participated in the ceremony.

They will be joined by 20 officials during the Games.

"The Games will enable young athletes to feel the culture of the Olympic Games," said the official, an equestrian Olympian at Munich 1972 and Montreal 1976.

"I would like you to experience the Olympic Movement."

Takanashi has since gone onto dominate the sport, and is currently leading the FIS World Cup standings.

The Games will run in Lillehammer between February 12 and 21.