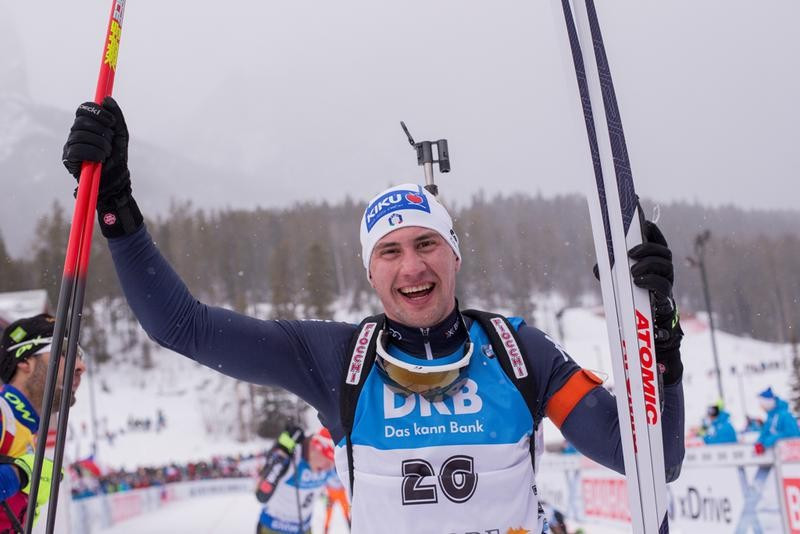 Windisch, part of the Italian mixed relay team which won the Olympic title at Sochi 2014, was third after the last standing stage but found his rhythm when it mattered, crossing the line in 40min 37.1sec to beat Germany’s Benedikt Doll.

Doll and Windisch both amassed four penalties during the race but the German was 4.1 seconds adrift of the Italian.

The result had little effect on the overall World Cup standings as none of current leader Martin Fourcade’s nearest challengers were able to capitalise on his sixth-place finish.

France's two-time Olympic gold medallist and defending champion sits comfortably at the top of the leaderboard on 809 points, 217 in front of Russia’s Anton Shipulin.

The day, though, belonged to Windisch, who mastered the tricky conditions to ensure he claimed his first-ever World Cup triumph.

“I have watched biathlon at Antholz all of my life and saw my coach on the podium there.

“I always hoped for this - it is just amazing and my skiing was really good today.”

Dorothea Wierer then managed to follow in her compatriot’s footsteps as she sealed an Italian clean sweep of the gold medals on offer by winning the women’s 12.5km pursuit event in 36:50.

Wierer dropped all but one of the 16 targets on her way to recording a dominant victory, finishing 20.8 seconds ahead of France’s Marie Dorin Habert.

Overall World Cup leader Gabriela Soukalova did enough to earn bronze but saw her advantage at the summit cut to 91 points.

The Czech Reublic athlete currently has 763 points, with Wierer’s success moving her to 672.

“We made some history today,” Wierer, winner of a bronze medal in the sprint event yesterday, said.

The World Cup event in the Canadian resort is due to conclude  tomorrow with the single mixed relay races.