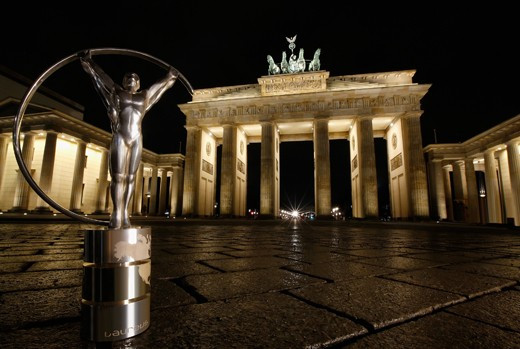 This year's Laureus World Sports Awards will be held in Germany for the first time after Berlin was confirmed as the host city for the ceremony.

The Awards are given to the top performing sportsmen and women from the previous year, with prizes available in seven different categories.

They were named Best Sportsman and Best Sportswoman of the Year respectively at a ceremony in Shanghai.

The other categories include Action of the Year, Disability Athlete and Team of the Year, as well as the greatest sporting Breakthrough and the Best Comeback of the Year.

The event has not been staged in Europe since London in 2012.

“I am delighted that the 2016 Laureus Awards is to be staged in Berlin,” double Olympic 400 metres hurdles champion and chairman of the Laureus World Sports Academy Edwin Moses said.

“Our Foundation has been very active in spreading the sport for good message since 2001 and it’s exciting to be bringing the Awards to Germany for the first time.

“Everyone there has a real passion for sport and I know this will be an occasion to remember.”

The Awards are chosen following a nominations voting process, conducted by 2,000 of the world’s leading sports media, before the eventual winners are chosen by a secret ballot from the 55-strong Laureus World Sports Academy.

This year's Ceremony is due to take place on April 18.

“All around the world sports brings people together.

“The spirit of the Laureus Awards fits to a city like Berlin.

“We are delighted to be the first German city to host this special event."