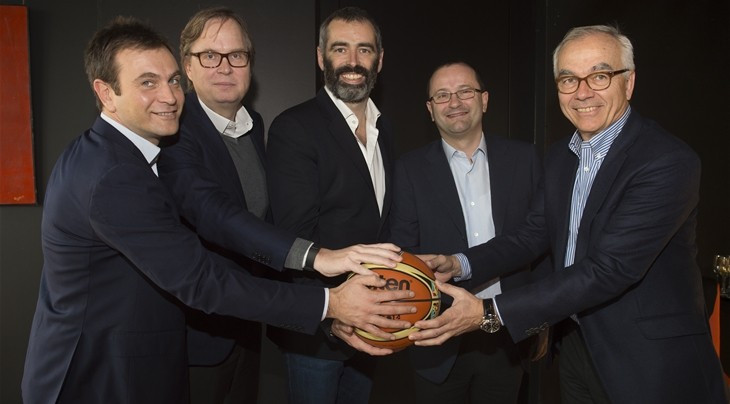 The International Basketball Federation (FIBA) has announced it has entered into a long-term partnership with Perform Group, which will see the company become the governing body’s worldwide partner for the distribution and sale of all media-related rights.

The deal between the two organisations will cover four FIBA Basketball World Cup cycles between 2017 and 2033 and will include more than 5,000 matches.

FIBA’s agreement with Perform, one of the leading digital sports content and media groups who are based in Britain, will also prompt the creation of FIBA Media, a joint venture aimed at “increasing the value of the basketball fan experience”.

According to world basketball’s governing body, Perform will invest around €500 million (£385 million/$560 million) during the partnership.

They will be tasked with enhancing live production, broadcast services and editorial distribution through FIBA Media, as well as packaging and distributing all live content to broadcasters and various other digital platforms.

Perform will also provide live data from matches through the RunningBall and Opta brands.

“It allows us to combine the strength and benefits of our successful commercial subsidiary - FIBA Media & Marketing Services SA - with the extensive global resources of Perform.

“This partnership will support FIBA's objective of making basketball the most popular sports community in every part of the World, by delivering great action of our sport across the available media offerings.”

The announcement comes ahead of FIBA launching their new competition calendar, which begins in November of next year.

It includes a revamped qualification process for the 2019 FIBA Basketball World Cup, awarded to China in 2015, and will have a direct effect on how teams can secure places at the Olympic Games in Tokyo the following year.

Under the qualification system, seven countries, made up of the two highest ranking European and Americas teams and the top performing African, Asian and Oceania side at the 2019 Basketball World Cup, will earn a berth at Tokyo 2020.

The other teams will have to battle it out in Olympic qualifying tournaments.

To earn qualification for the World Cup, held every four years, competing countries across the four continents - Europe, Americas, Africa and Asia Pacific - will now be split into two divisions, A and B, to correspond with their ability level.