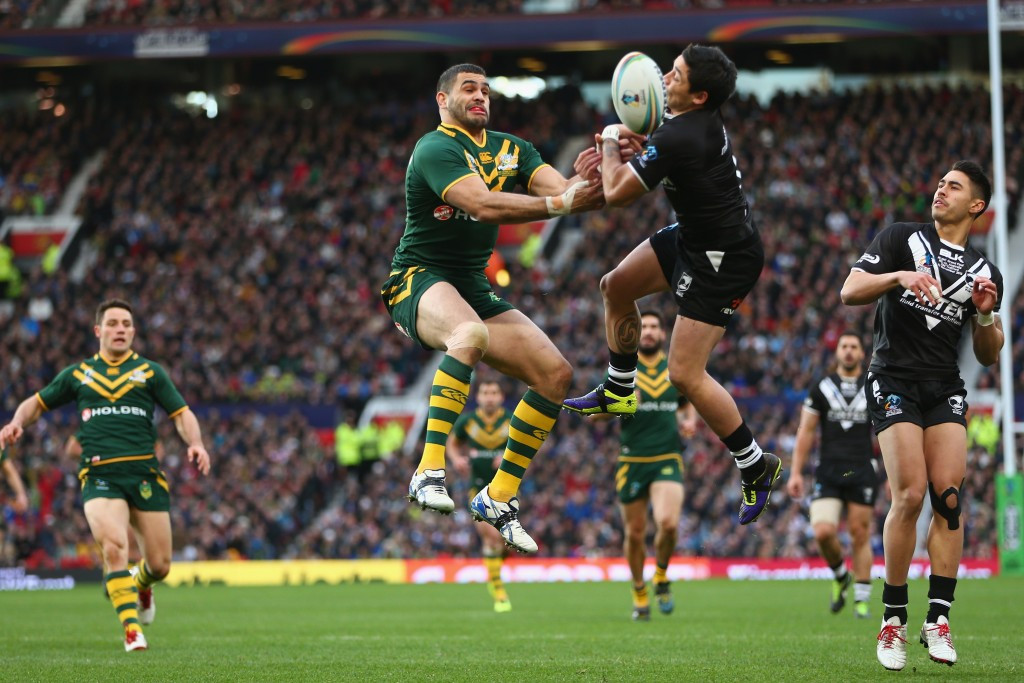 The Rugby League International Federation (RLIF) has revealed the number of nations competing in the World Cup will rise from 14 to 16 from the 2021 edition of the event.

The decision means that the tournament will equal the record number of teams, with 16 nations having competed at the 2000 World Cup, which was staged in the United Kingdom, France and Ireland.

In 2008, the event featured 10 teams, and the most recent tournament, held in England and Wales during 2013, saw 14 nations participate.

Australia, who are the reigning champions, are due to co-host the 2017 World Cup with New Zealand and Papua New Guinea, where 14 teams will again be present.

RLIF chief executive David Collier confirmed the number of nations would rise following an alteration to the competition's format.

“The growth of rugby league internationally is reflected in the expansion of the tournament to four pools of four,” he said.

“The strength of the 2017 World Cup qualifiers to date, across the continents, has shown a significant increase in playing standard and quality and the newly adopted international calendar will ensure that teams will have a minimum of 15 months prior to the 2021 event to stake their claim.”

As well as there being an increase in the men’s competition, it was also announced that the women’s event would now feature six nations.

The tournament, which will have its fifth staging in 2017, currently sees four countries compete and runs alongside the men’s event.

Australia are the defending champions after beating New Zealand 22-21 in the 2013 final in England.

RLIF’s announcement comes after the governing body revealed that they had received several expressions of interest in staging the 2021 World Cups.

“The World Cup is the pinnacle and we are already receiving expressions of interest to run the 2021 events in world class facilities, to provide the players and supporters with the highest possible experience,” Collier said.

“Bids are due to be returned to the RLIF by the end of June - and we are anticipating and encouraging more nations to apply - and the hosts will be announced by the end of 2016.”