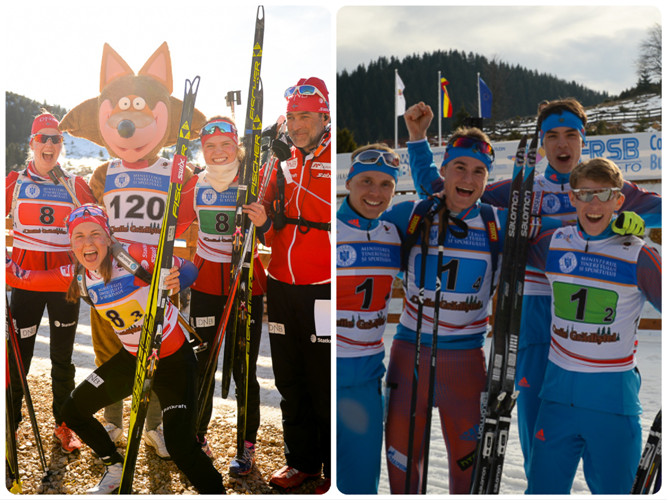 Later in the day, the last gold medal of the Championships went to Russia as Dmitrii Shamaev, Viktor Plitcev, Nikita Porshnev and Kirill Streltsov took the men’s crown with only two spares in 1:23:56.7.

But Tandrevold was strong on the track, overcoming Oeberg on the next split point and increasing the winning margin to 15.6 seconds by the finish.

"It was tough today because I started as number five and thought it is now or never," said Tandrevold.

"I just had to give all my best.

"The whole team was out on the track and screaming for me, even the junior men, and I got really motivated by the cheering and by hearing the information from the coaches.

"The whole team did great today and I feel it was a perfect relay for us."

Runners-up Sweden used one spare less than Norway, while third-placed Austria had seven spare rounds and were 55.5 seconds behind.

Russia left the stadium in the lead after the first prone of the men’s relay, where Plitcev cleaned, and stayed well ahead of their rivals until the finish line.

"I felt so happy at the finish, honestly, I've never experienced such emotions," said Streltsov.

"It's my first time when I finished with the flag and I really liked it.

"To say the truth, I did not think about the gap from the rivals and even did not know how much it was.

"I just did my work and worked in my own rhythm."

Third went to the Czech Republic with six spare rounds, 3:05.8 back.