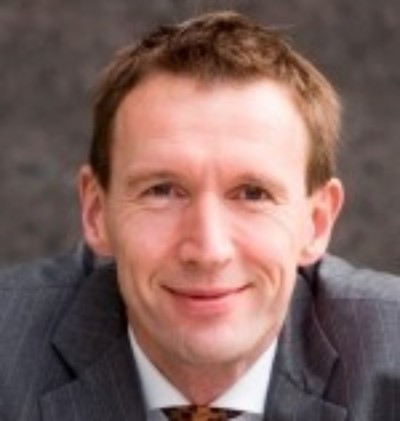 Van Heijningen, a former water polo player, has served on the LEN Bureau since 2006 and was first elected as one of the continental body's five vice-presidents in 2008.

He has also served as a member of the International Swimming Federation's (FINA) ruling Bureau since 2013 after heading the FINA Doping Panel from 2009 to 2013.

One of the highest ranking lawyers in The Netherlands, van Heijningen works as a State Councillor at the Dutch Council of State Administrative Law division.

He has also served as temporary Mayor of three different Dutch cities, as well as an Executive Board member and public prosecutor of the Province of South Holland.

The 54-year-old has been credited with playing a major role in the KNZB's success both in and out of the water since assuming the Presidency in 2001, by "keeping membership to all-time high levels, doubling revenues and professionalising staff as well as implementing modern governance initiatives".

He will attempt to unseat Barelli at a Congress due to be held on the eve of the European Championships in London on May 8.

Barelli, a former Olympic swimmer who competed at Munich 1972 and Montreal 1976 and won a 4x100 metres freestyle relay bronze medal at the 1975 World Championships in Cali, was elected President in 2012 after Luxembourg's Nory Kruchten relinquished the role.

The 61-year-old Senator from Rome has also headed the Italian Swimming Federation since 2000 and served as honorary secretary of FINA since 2009.

Speaking to insidethegames here, confirming his intention to stand, van Heijningen claimed the time is right for change and that he is confident of success.

After years of trying to bring about changes at LEN "from within", he claims to have realised that vying for the top job is the only way to truly make a difference.

His manifesto is to be officially launched next Monday (February 8), with TSE Consulting having been appointed to orchestrate his campaign.

This shows how seriously he is taking the challenge, added the Dutchman, who has started to lobby the 52 European Federations here this week.

FINA vice-president Dale Neuburger is among TSE's directors, although insidethegames has been told he is playing no role in the campaign.

No other candidates have emerged so far.