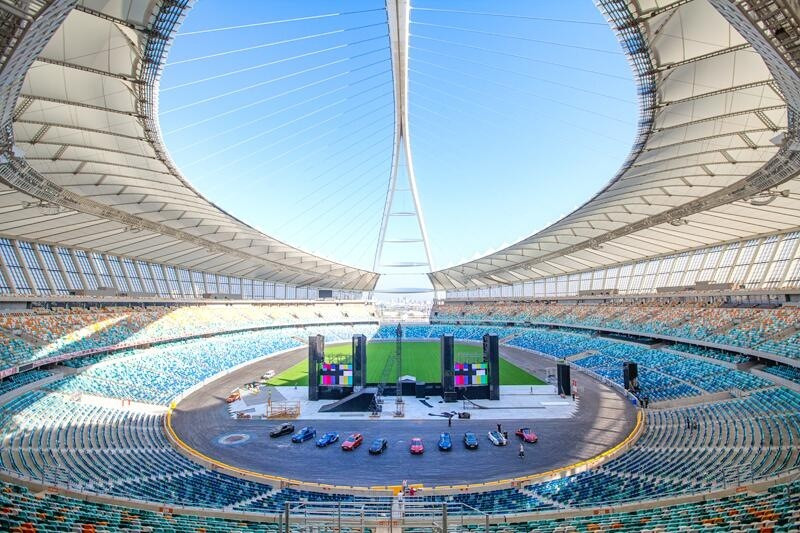 The Moses Mabhida Stadium, centrepiece for the 2022 Commonwealth Games in Durban, is set to be placed under management in the hope it will make it profitable.

The arena, built for the 2010 FIFA World Cup, is to be  integrated with the Inkosi Albert Luthuli International Convention Centre (ICC).

Since 2013, the Stadium had been operated by eThekwini Metropolitan Municipality, an urban adminitration created in 2000 that manages a large area including Durban.

The Municipality took over the Stadium shortly after it had suffered a record ZAR34.6 million (£1.5 million/$2.2 million/€2.1 million) loss following the end of the Government's World Cup subsidy scheme.

Like many of the stadiums built for the World Cup, Moses Mabhida, with its distinctive arch spanning 350 metres, has struggled to attract events.

Among the events the Stadium, named after Moses Mabhida, a former general secretary of the South African Communist Party, has hosted is Twenty20 cricket and concerts starring Neil Diamond and Michael Buble.

For much of the time, however it is barely used.

In contrast, the ICC is one of South Africa's most successful venues.

It has been voted Africa’s Leading Meetings and Conference Centre by the World Travel Awards 13 times in 14 years and has been rated among the world’s top 15 convention centres by the International Association of Convention Centres.

The venue has hosted the International AIDS Conference in 2000, the Commonwealth Heads of Government Meeting 1999, and the Non-Aligned Movement in 2004.

It hosted the preliminary draw for the 2010 FIFA World Cup and final draw for 2013 African Cup of Nations, and also hosted the International Olympic Committee Session in 2011, where Pyeongchang were awarded the 2018 Winter Olympics and Paralympics.

The Executive Committee of the eThekwini Metropolitan Municipality has approved the proposal for the 54,000-capacity Moses Mabhida Stadium, due to host the Opening and Closing Ceremonies and athletics during Durban 2022,  to be placed under the control of the ICC but the final decision needs to be taken by the Community and Emergency Services Committee.

They are expected to hold a meeting next month to discuss the matter.